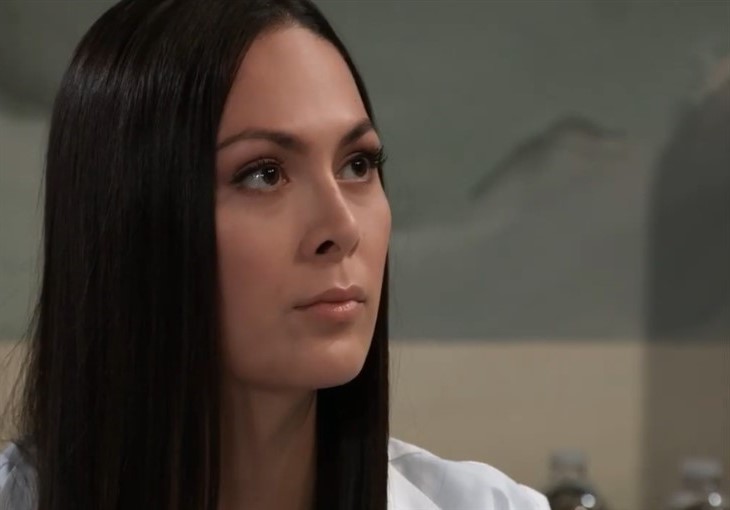 General Hospital (GH) spoilers tease that the Chief of Staff position might be up for grabs at General Hospital. While Dr. Britt Westbourne (Kelly Thiebaud) has been in the position for months, but she was appointed by Chairman of the Board at the time, Cyrus Renault (Jeff Kober) has recently been exposed as a drug lord and was removed by the board.

Now that Monica Quartermaine (Leslie Charleson) has been newly appointed Chairperson, she may or may not decide to keep Britt on. Monica wants to make sure that she has someone she can work well and get along with.

To everyone at General Hospital, it was a surprise when Dr. Terry Randolph (Cassandra James) told everyone that she wanted to be considered for the position as well. Terry has been the “Interim” Head of Oncology for well over a year at this point, so it’s not a surprise that she might want a more permanent position.

But it seemed at least that she has the support of two of her peers. While one of those people seems like a sure supporter, the other might not be. It may all come down to the fact that Terry is trans. It’s possible that personal bias could interfere with Terry’s future at the hospital.

The first person to discuss is Elizabeth Webber (Rebecca Herbst). Liz and Terry are childhood friends and have only gotten closer since Terry came to town. Terry was Franco Baldwin’s (Roger Howarth) doctor when Franco’s brain tumor came back. The tumor was inoperable. But Terry stood by Elizabeth even after Franco was murdered. It is a no brainer that Elizabeth will put her full support behind her friend.

Dr. Portia Robinson (Brooke Kerr) seemed to also show signs of support. It’s unclear at the moment if she knows that Terry is trans or if it would even make a difference to her. Could she change her support if she didn’t know the truth but finds out during Terry’s bid for the Chief of Staff Position?

General Hospital Spoilers – What will Monica Quartermaine think about Dr. Terry Randolph’s bid to be Chief of Staff?

Monica will ultimately be the person who decides who ends up as Chief of Staff. Whatever Monica feels about Terry’s personal life, she is a professional and won’t let that dictate her decision. But it could still play a part in Monica’s decision. Monica might very well feel that Terry wouldn’t be accepted in the position by others and give the position to Britt instead. Time will tell but the decision could end up being controversial regardless.

General Hospital Spoilers – What Do You think?