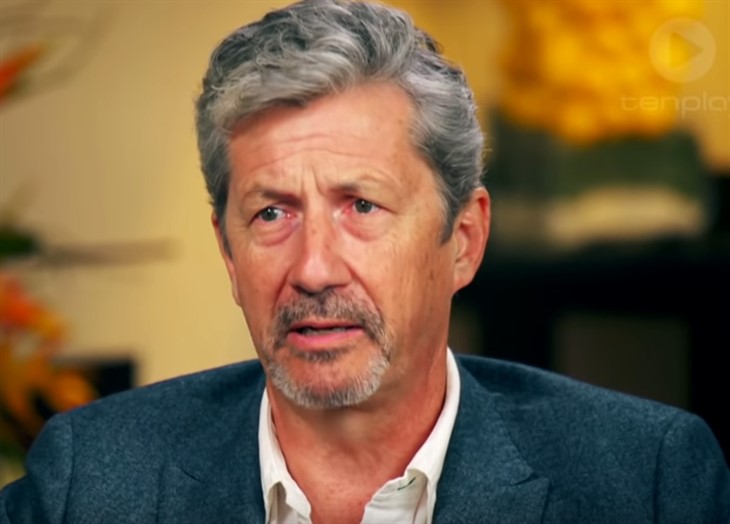 Days of our Lives (DOOL) spoilers and updates tease that Charles Shaughnessy, who used to play the role of Shane Donovan on the soap, joins the cast of Driven Season 2. The actor is set to play an integral role, as Andy Westin, in the follow-up to the series that’s based on K. Bromberger’s Driven books.

Driven Season 2 will air on Passionflix, a streaming service, in four weekly episodes beginning Thursday, July 22. Fans can enjoy a $2 discount on their first three months if they subscribe to Passionflix using the code RACEYOU.

The second installment of Driven revolves around the relationship of race car legend Colton (Michael Roark) and his lover Rylee (Olivia Applegate). Driven Season 2 trailer teases Colton and Rylee trying to understand how their pasts affect their ability to love. Colton’s father, which is portrayed by Shaughnessy, will help him remember important moments from his childhood.

Tosca Musk, director of Driven, revealed that Shaughnessy will appear on the series’ third season. Although the second season is still set to hit the screen, it’s been reported that Musk managed to film both the second and third season back to back.

Shaughnessy joined the cast of Days of Our Lives back in 1984 in a recurring capacity. His most recent appearance was in 2017. The actor also appeared on the popular 1990s sitcom, The Nanny, as well as in The Bay, Masters of Sex, Mad Men, and The Magicians.

Days Of Our Lives Spoilers – Ciara Brady Wants A Divorce

Ciara Brady Weston (Victoria Konefal) wants to get a divorce but Weston (Robert Scott Wilson) doesn’t. If there’s something that they’ll both agree on, it’s getting Justin as their attorney.

Days Of Our Lives Spoilers: Abe Urges Theo To Delay Wedding, Is Ciara Beginning To Remember?https://t.co/QDOSmAKlqE

As for Brady Black (Eric Martsolf) will receive a call from Kristen DiMera (Stacy Haiduk) who will ask him about their daughter, Rachel Black (Josephine and Rosalind May). Brady knows that Kristen is just trying to insert herself back into Brady’s life and Rachel isn’t one of her priorities.