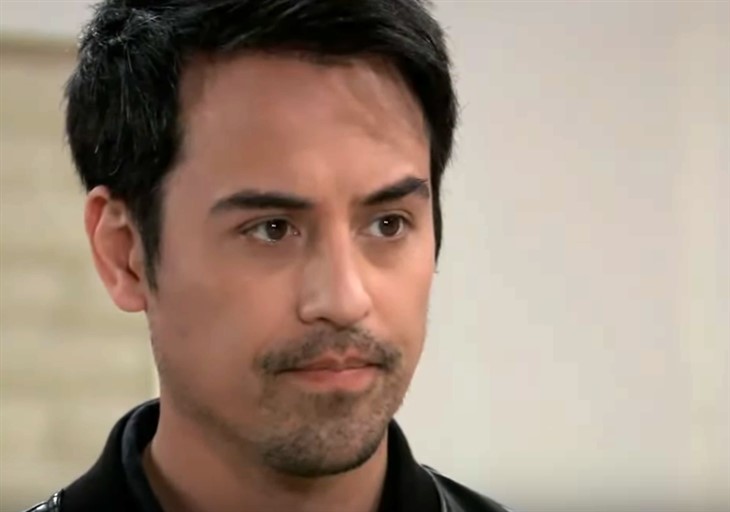 General Hospital spoilers reveal Shawn Butler (Sean Blakemore) finally being free and ready to find out who really committed the crime he spent the last five years in jail for. The audience has always known he never shot Hayden Barnes (Rebecca Budig) and that it was Nikolas (then, Tyler Christopher) who ordered the hit. Should Nikolas finally pay for his crime or should he be let off since the victim already forgave him? You tell us!

Alexis (Nancy Lee Grahn), TJ (Tajh Bellow), and Molly (Haley Pullos) are bound to want to help Shawn get to the bottom of who really put Hayden in a coma for all those months by shooting her in the head. Considering, it took Molly about five minutes to get what she needed to free Alexis and Shawn from Pentonville, it’s a pretty good bet having Molly along for this ride will lead straight to her cousin, Nikolas Cassadine (Marcus Coloma).

Yes, Nikolas hired a hitman to shoot Hayden, but Hayden learned this a long time ago, along with Elizabeth (Rebecca Herbst) and Laura (Genie Francis) and probably a few more people. In fact, Hayden forgave Nikolas for that not-so-little incident and even married and fell in love with him.

With Nikolas presumed dead for several years, Hayden was free to do her own thing and fall for Finn, but Nik also ran her out of town last time she was around on false pretenses, forcing her to leave daughter, Violet, behind. So, she might not be so forgiving if she makes another Port Charles comeback.

Port Charles is in the state of New York and the statute of limitations on this crime would be five years, with Hayden shot six years ago, but this is a soap and it doesn’t always have to follow New York laws. Nikolas is definitely nervous about what might be found out since he did his best to ensure Shawn didn’t get paroled, but maybe he is worried about personal consequences if more people learn what he did.

Should Nikolas be made to pay for a crime even the victim doesn’t seem to care about anymore? Or should bygones be bygones as everyone has already moved on. After all, look at how many people Jason (Steve Burton) and Sonny (Maurice Benard) have killed with barely spending a day in jail for any of it. Take our General Hospital poll below and let us know what you think should happen to Nikolas Cassadine.