The Bold And The Beautiful (B&B) Spoilers: Carter And Quinn Can’t Stay Away From Each Other 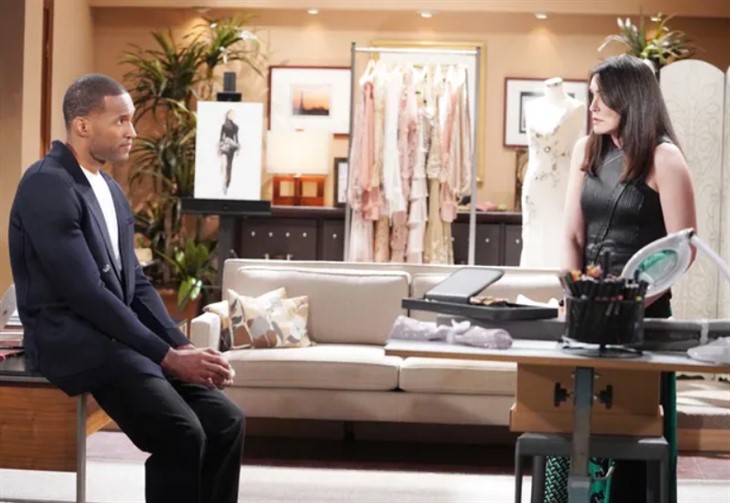 Viewers of The Bold and The Beautiful will recall that Quinn has manipulated and lied to Eric Forrester (John McCook) all throughout their marriage. The sordid truth came out, thanks to Paris Buckingham (Diamond White) and Brooke Forrester (Katherine Kelly Lang) at Eric and Quinn’s vow renewal ceremony, officiated by Carter! Viewers of The Bold and The Beautiful could see how nervous Carter was, and he confessed to Eric after Quinn was forced to about their affair.

Paris told her sister Zoe Buckingham (Kiara Barnes) as she was literally trying to get out on a business trip overseas – fans can expect that she’ll stay in the office overseas for the foreseeable future! Zoe was very devastated after all she went through trying to make amends to Carter for her flirtation with Zende Dominguez (Delon de Metz) the night before their would-be wedding, only to have him cheat on her!

For Zoe it was a double betrayal, because Quinn was trying to get Carter to take Zoe back when the two of them fell into bed with each other! Quinn’s desperate promises to Eric that she would always be true to him and that she wanted only him and the tears in her eyes when the truth came out proved to Eric that he couldn’t believe a word she said. Quinn would have never been able to stay true to Eric when she has such a case of the hots for Carter!

Viewers of The Bold and The Beautiful will see that Eric is through with Quinn forever; Brooke would be thrilled to see that he even takes Quinn’s portrait down! He gives it to Carter, after refusing his resignation and telling him to draw up the divorce papers from Quinn!

Carter actually could refuse – due to it being a conflict of interest – but then Eric fires him! Eric sets some conditions for Carter, however, which he shares with Quinn. Carter is not the only one without a job – Quinn’s jewelry company was part of Forrester Creations and Eric wants that divested as well as his filing divorce against Quinn.

Viewers of The Bold and The Beautiful can expect things to get really, really ugly as Eric spews out his anger and embarrassment about being played by Quinn, and possibly by Carter as well! Carter had been a family friend of the Forresters for years, and indeed, Ridge Forrester’s (Thorsten Kaye) best friend! But even if the truth hadn’t come out and Carter had gone through with marrying Zoe and Eric would have stayed with Quinn, it wouldn’t have worked for either Carter or Quinn – they cannot stay away from each other and their lust for each other is obvious!