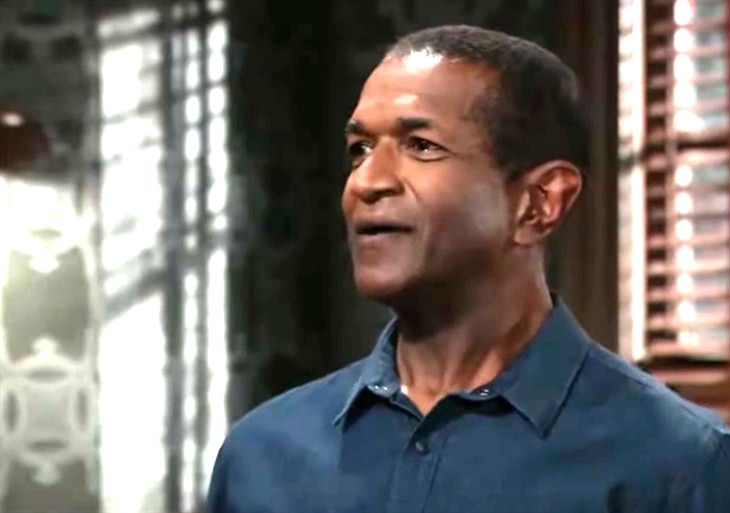 General Hospital (GH) spoilers tease that it won’t be long before Sonny Corinthos (Maurice Bernard) gets his memory back. He will certainly want to return to Port Charles once he does to reclaim his life. For months now, Sonny has been calling himself “Mike” and working for Lenny Caulfield (Rif Hutton) and his wife Phyllis Caulfield (Joyce Guy) at the bar/restaurant they own called the Tan-O.

During this time, Phyllis’ patient from years ago, Nina Reeves (Cynthia Watros) stopped by Nixon Falls to visit her. Nina is also a resident of Port Charles, and knows exactly who he is, but hasn’t revealed the truth to Mike. Nina also hasn’t told anyone in Port Charles that Sonny is alive.

General Hospital Spoilers – Phyllis Caulfield Is In For Quite A Few Surprises In The Near Future!

Phyllis is sure to be shocked by who Sonny really is. While she may begin to wonder if he is dangerous, she will ultimately see that Sonny has the same sort of heart that “Mike” does. Sonny just also happens to be a ruthless mobster with a heart of gold. It should be interesting to see how Phyllis as well as Lenny, handle that news.

She is also likely to be very disappointed in Nina for not telling anyone the truth, especially Sonny’s wife and children. But Phyllis also feels partly responsible for taking Nina’s baby to her adopted family. Although she believed that was what Nina would have wanted. So one would expect for Phyllis to be disappointed in Nina, but will eventually understand why she did what she did. The truth is, Phyllis cares deeply for both “Mike” and Nina.

As though she doesn’t have enough to think about, Lenny isn’t in very good shape medically. He has a bad heart and recently collapsed while at the Tan-O. Sadly, it seems likely that Lenny may not be long for this world. If he does pass, there is a good chance that the memories of Nixon Falls might be too painful for her.

Could she decide to relocate to Port Charles after Sonny and Nina both return there permanently. Sonny will probably welcome Phyllis with open arms and even offer to take care of her financially. But Phyllis is a nurse and would fit right in at General Hospital since it’s likely she would want to earn her own keep. If she does relocate, she might just be a cheerleader for Sonny and Nina’s romance should it continue once Sonny gets his memory back.

How will Phyllis react to Sonny’s real identity? And what about Nina’s deception? Is Lenny going to succumb to his medical issues? Would you like to see Phyllis join the staff at General Hospital? New blood is welcome in Port Charles so stay tuned to General Hospital airing weekdays on ABC. And don’t forget to check back right here regularly for all your General Hospital news, information and spoilers!