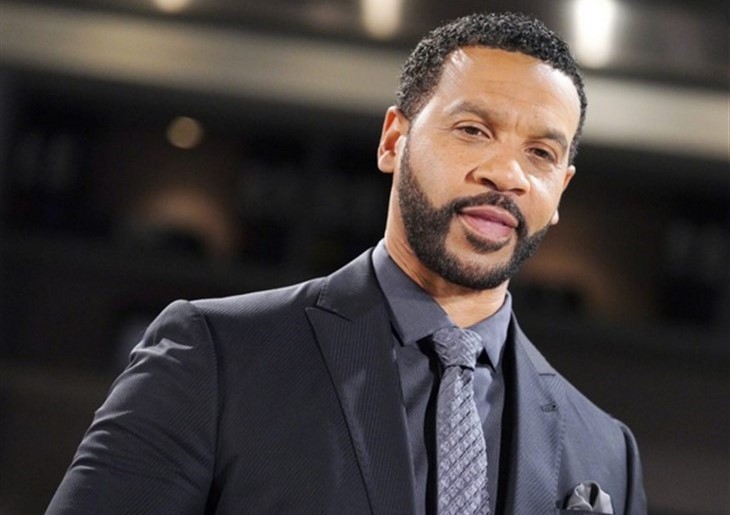 The Bold and the Beautiful (B&B) spoilers document that Deputy Chief Bradley Baker (Dan Martin) vehemently told Hope Spencer (Annika Noelle) and Thomas Forrester (Matthew Atkinson) that it wasn’t his call to make. Martin’s character wasn’t referencing a phone call, but whether the charges against Liam could be dropped.

However, the Deputy Chief wasn’t initially in possession of Thomas’ smartphone. It arrived in an unmarked manila envelope, with a police officer simply saying that some guy dropped it off.

So, that meant that Justin Barber (Aaron Spears) either delivered it himself or had someone do it for him. That choice was the first smart move Justin made in recent weeks.

Justin allowed himself to fall into a terrible state of mind. He believed that Bill Spencer (Don Diamont) wronged him so terribly that revenge was the only response.

The Bold And The Beautiful (B&B) Spoilers: Carter And Quinn Can’t Stay Away From Each Other

But Justin happened to capture the wrong man. B&B fans know that Thomas has proven to be resilient and to this point, indestructible. The audience knew that he would escape from the cage where Justin put him or that someone would rescue him. The second option happened, with Hope being the right rescuer.

Thomas told Justin that he was better than Bill and shouldn’t be copying his moves. It appears that Thomas’ message got through after Justin discovered his captive was gone.

Hope was determined to follow Justin. She managed to quietly track him from Spencer Publications’ executive office to the basement.

Thankfully Hope’s purse was tough enough to not be crushed in the electronically controlled door that led to the mechanical room. She managed to pry the door open, find a crow bar, and bust Thomas out of his prison.

Seeing Hope and Thomas rush into the room where the Deputy Chief was signaled that this part of the storyline was ending.

The Bold And The Beautiful Spoilers – Liam Spencer’s Outdoor Scene

Liam Spencer (Scott Clifton) was scheduled to be transferred to a more intense facility. Hope peered out of the police building and saw him walking, with his hands cuffed and in chains.

Clifton’s character boarded, but the non-luxury bus was stopped and he was told to get off. His shackles were removed and Hope was seen. She leaped into his arms, with Thomas and the Deputy Chief smiling and waving from down the street. Yes, it was a soapy ending on B&B.