The Bold And The Beautiful Spoilers and Rumors: Ridge And Bill Go After Justin For Revenge? 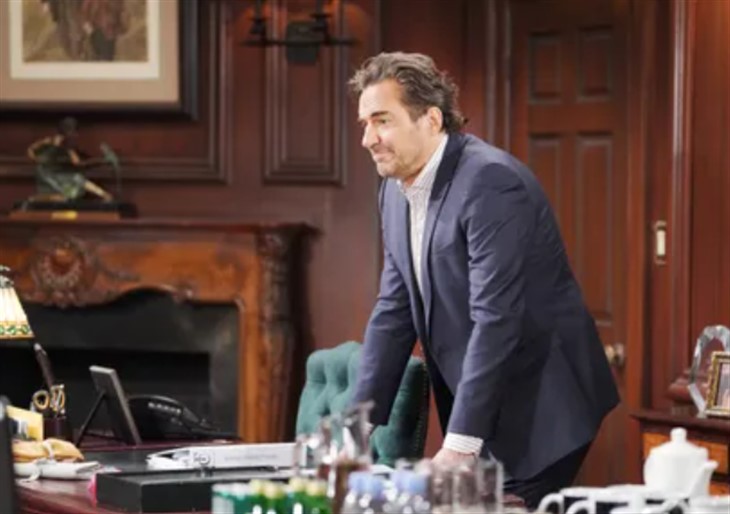 Bill and his son Liam Spencer (Scott Clifton) were out for a drive when Liam accidently hit Vincent Walker (Joe LoCicero) with the car. Liam passed out when he found out that he hit Vinny and Bill was able to take Liam away from the scene of the accident. Liam and his wife Hope Spencer (Annika Noelle) went to the police so that Liam could take responsibility for his part in Vinny’s death. Bill turned himself in to the police in an effort to help Liam. Liam and Bill have needed Justin to help them get out of their legal problems because Justin is their lawyer.

Justin told Hope that he had seen Thomas and that he had gone on trip. She told Ridge Forrester (Thorsten Kaye) that she was worried about Thomas because she could not contact him and that Justin told her that Thomas had gone on a trip. Ridge does not believe that his son Thomas would leave without telling him and he went to confront Justin.

Justin told Ridge that Thomas had gone on a trip. However, Ridge does not believe Justin. Ridge has a reason not to trust Justin. Ridge and his wife Brooke Logan Forrester (Katherine Kelly Lang) were in a helicopter when Justin made Ridge fall out of the helicopter. Ridge has been thinking about what Justin did to him in the past. Ridge has told Justin that if he has done anything to Thomas that he will come after him.

Justin has not been trying to help Bill and Liam to get out of jail. Bill has been getting more upset with Justin because Liam is facing murder charges. Liam had a reason to want Vinny to be dead. Vinny altered the paternity test to show that Liam was the father of Steffy Forrester’s (Jacqueline MacInnes Wood) son Hayes Finnegan (Samantha Worden). Liam and Steffy had a one-night stand and Steffy needed to find out the identity of the father of her son.

The Bold and the Beautiful Justin wanted to get control of Spencer Publications. He wanted to be respected because he has done what Bill wanted him to do in the past. Bill is going to want come after Justin when he finds out that he was planning on letting him and Liam go to prison for years in order to take over Spencer Publications. What will Bill do when he finds out what Justin had planned for him and Liam?

Ridge is going to be angry to find out that Justin put Thomas into a cage. Will Ridge decide to go after Justin because he hurt Thomas? Will Bill and Ridge and Bill decide to go after Justin together when they find out what Justin has been doing? Be sure to catch up on everything happening with B&B right now. Come back here often for The Bold and the Beautiful spoilers, news, and updates.