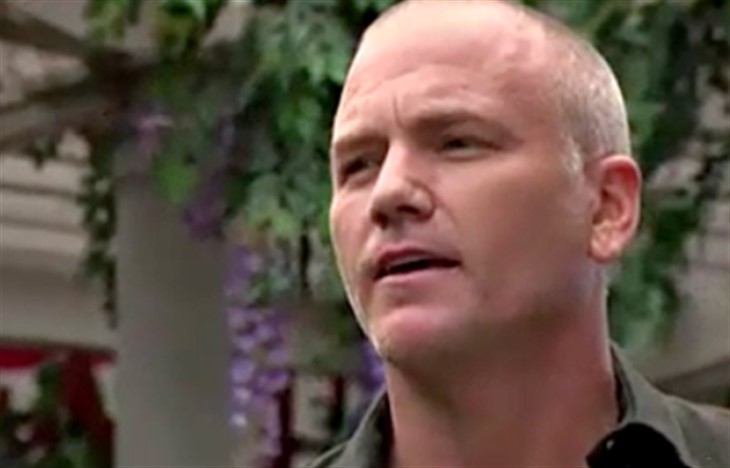 The Young and the Restless (Y&R) spoilers document that Ben Stitch Rayburn’s (Sean Carrigan) return to Genoa City, Wisconsin, has raised a number of soapy red flags. Is Ben simply nostalgic or has the good doctor gone mad?

Abby Newman Abbott Chancellor (Melissa Ordway) is someone that Stitch loved. She married him and they were going to have a baby until Max Rayburn (Jared Breeze) set a trap, which caused Abby to fall down the stairs at the Genoa City Athletic Club and miscarry Stabby’s expectant baby.

The Trojan Horse in this storyline may prove to be that Stitch won’t rekindle his relationship with Abby, who ended their marriage because she admitted to having never loved him. Instead, his behavior projects obsession. That could mean Chance Chancellor (as last played by Donny Boaz) returns and saves his wife from peril.

The Young And The Restless Spoilers – Mariah Copeland Goes Missing

Mariah Copeland (Camryn Grimes) was seen at Chancellor Park. The audience witnessed Grimes character and Stitch just so happen to run into each other.

Yes, that outdoor setting is a popular location that many characters frequent. But fans recall that Stitch appeared to be the shadowy figure who was standing over a sleeping Abby in the Chancellor mansion living room before he officially stopped by the next day. Plus, he was later shown outside of the house looking through the window.

Stitch knows that Mariah is the surrogate for Chance and Abby’s baby. If Carrigan’s character has been devolved to deranged status, then Stitch could prove to be the reason why Mariah goes missing.

Abby recognized that her life is good, even considering Chance’s extended absence, when contrasted to what Stitch is going through. Max’s condition has deteriorated and her former husband appears not to have found another woman to love.

The compassion that Abby feels for Stitch is genuine. That also means she hasn’t picked up on the warning signs that appear to exist. Her father did, with Victor Newman (Eric Braeden) often ahead of the game, especially where family protection matters are concerned.

The Young And The Restless Spoilers – Wrong Turn Or Reprisal?

Carrigan’s return to the cast was welcomed, as this solid actor, who is also a stand-up comedian, departed the cast in 2017. Stitch’s reprisal initially seemed to be in order, with Carrigan potentially replacing Boaz in the cast.

However, if TPTB brought Stitch back in order to turn him into a villain, even a sympathetic one, then it’s fair to wonder if Carrigan’s presence will be lasting? Here’s hoping that Stitch is alright or that even if he’s not, a redemption storyline will also be in the cards.