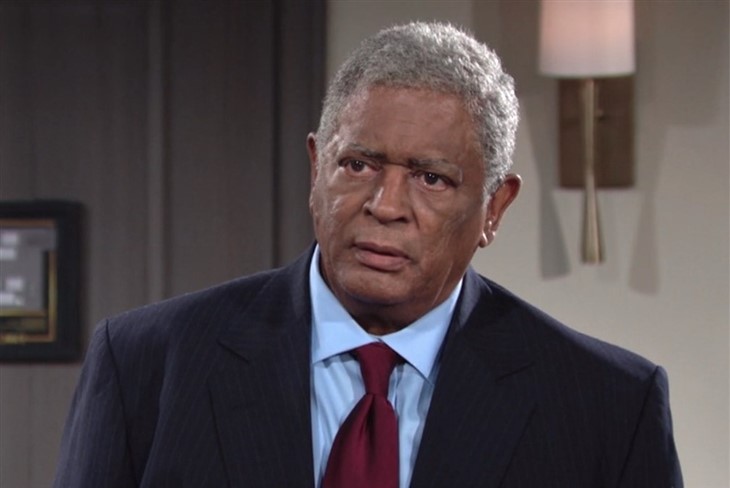 The Young and the Restless spoilers document that Amanda Sinclair (Mishael Morgan) hasn’t blinked. She has concluded that her maternal grandfather, Sutton Ames (Jack Landron), is a cold-blooded killer. She believes that he has brainwashed her mother, Naya Benedict (Ptosha Storey), into taking the fall for the crime he ordered or even committed himself more than 30 years ago.

Amanda and her half-sister, Imani Benedict (Leigh-Ann Rose), feel that the evidence points to Sutton, not Naya, having killed Richard Nealon (no actor’s name known for this retrospective role). But there are unresolved plot points that deserve exploring. So, here we go.

The Young And The Restless Spoilers – Naya Benedict Is Guilty?

It seems far-fetched, but maybe Naya is guilty? There is a way for that to be true, with Storey’s character also retaining her innocence.

It could be that Richard was killed while Naya was present or connected to him in some fashion. However, the intensity of the scenario and the passage of time may have clouded Naya’s recollection, causing her to create a guilty conscience.

Sutton could be protecting his daughter in a way that Amanda and Imani haven’t considered. Naya may have acted in the heat of the moment, not intending for Richard to die, even considering what she’s confessed about cutting the brake lines on his car.

Naya and Imani initially spoke with a mixed sense of fear and respect about the head of their family. Amanda thought that was some form of family protective measure.

What would Sutton have to gain at this point in his life by allowing Naya to take the fall for a crime he committed? That question arguably hasn’t been adequately addressed by either of Naya’s daughters.

The Young And The Restless (Y&R) Spoilers: Kyle Reunites With Summer After Learning Of Tara’s Scheme https://t.co/1qCdLY1FPQ pic.twitter.com/9mXfHpCh1H

The Young And The Restless Spoilers – Amanda Sinclair Nearing The Truth

This storyline advanced when Naya confessed to the police. However, the lack of scenes, where Storey’s character is being booked or shown in jail to date is intriguing.

It feels as though the plot is moving toward a crescendo, with Amanda’s defense of Naya, along with Imani’s assistance, about to solidify. If so, then the audience will soon see who, if anyone, killed Richard.

The ideal outcome would have Naya and Sutton vindicated, as both actors could remain on the show, with their characters growing beyond Amanda’s backstory.