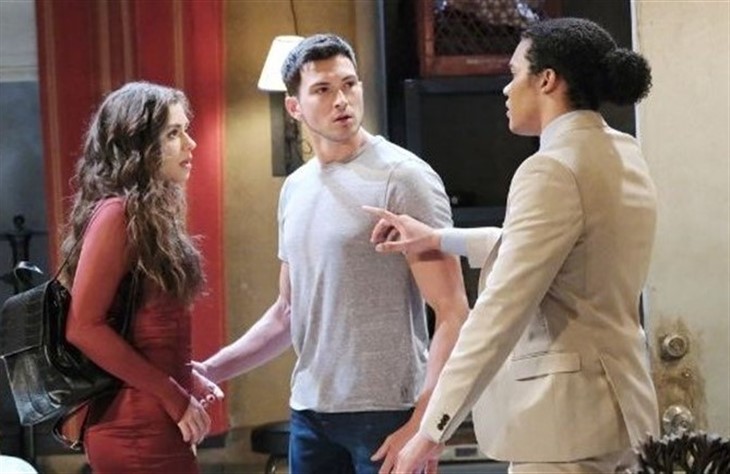 Days of Our Lives (DOOL) spoilers reveal that Ciara Brady (Victoria Konefal) gets her marriage annulled and plans to marry Theo Carver (Cameron Johnson) right away. Not only does she set a wedding date, but it happens to be on the same day as Ben Weston’s (Robert Scott Wilson) anniversary. He makes a bold and extreme decision, which is explained by Wilson.

DOOL spoilers reveal that Ciara manages to get a quickie annulment. In Ben’s mind, she just isn’t trying to separate herself from him, she is now trying to erase their history together. It seems as if Ben has tried everything to get Ciara to remember their love together. So far, nothing has worked and now that she’s able to marry Theo, time is running out.

DOOL Spoilers – Reaction To The End

In the new issue of Soap Opera Digest, Wilson explained that Ciara’s annulment seems to be the end.

“Ben is shocked and it feels like the end to him. He’s tried so hard to stop the divorce papers and win her back. This seems like the last straw. She went out of her way to do this. And she’s marrying someone else.”

Days Of Our Lives Spoilers – Savage Move Changes Everything

Days of Our Lives spoilers reveal that for Ben, it would be one thing for Ciara to get a divorce or even an annulment. She could even go ahead and marry Theo Carver. However, the one thing that changes everything for Ben is what Wilson calls a “savage” move from Ciara. She chooses to marry Theo on the exact same day as Ben’s wedding anniversary to Ciara. This triggers Ben to make a desperate move and it’s one that will leave fans absolutely shocked.

What Ben does is basically kidnap Ciara from her own wedding. He doesn’t act alone, either. Allie Horton (Lindsay Arnold) and Claire Brady (Isabel Durant) agree to help Ben commit this extreme and illegal act.

“She wants that day to now belong to someone else, so Ben has to pull out all the stops. He gets Claire and Allie to support him in this move of pretty much kidnapping her from the wedding.”

It is a similar situation that happened to Hope Brady (formerly Kristian Alfonso). Even though it’s similar, Wilson doesn’t think “CIN” is copying “BOPE.”

What will happen when Ben kidnaps Ciara from the wedding? Will it somehow trigger her memories to come back? Or could Ben end up making this situation even worse? How will he avoid going to prison for an extreme act like this? We will have to keep watching the NBC soap to find out what happens next.