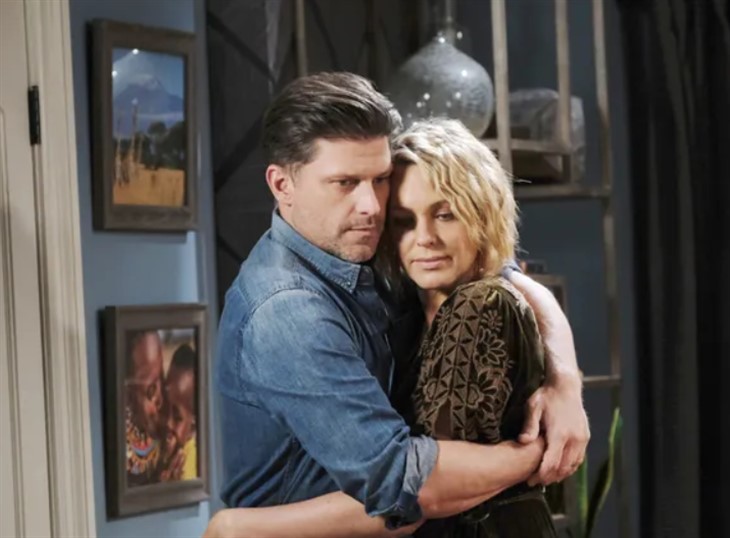 After years of going back and forth, Eric and Nicole finally married. Of course, Eric’s sister Sami tried to stop their marriage from the start. However, Eric was having no part in Sami’s meddling. Eric and Nicole were in love and wanted to be married. Unfortunately, shortly have their wedding, Eric took a job out of town, in Africa of all places. Eric loves doing humanitarian work and could not turn down the request for help. However, Nicole could not bring everything that she was responsible for with this and had to stay home. After all, Nicole was helping Allie Horton (Lindsay Arnold) with her son that was conceived during a rape. Nicole also has her daughter to take care of as well. Nicole simply could not pack up and leave.

Days Of Our Lives (DOOL) Spoilers: Nicole Gets Revenge On Sami For Ruining Her Marriage To Eric

Days of Our Lives’ Nicole was upset yet again when Eric postponed his trip home. Nicole had tried to stay true to her marriage vows although she had developed feelings for Rafe Hernandez (Galen Gering) as well. However, Nicole got upset over Eric’s lack of concern for her feelings and drank too much. Nicole made the mistake of sleeping with Xander because he was there to comfort her when she needed someone. Nicole knew it was a mistake. Nicole also knew that the truth would eventually come out. However, Eric’s neglect lead to Nicole finding comfort in another man’s arms.

Days Of Our Lives (DOOL) Spoilers: Philip Takes Matters Into His Own Hands To Help His Brother #DOOL #DaysOfOurLiveshttps://t.co/0hX5lXU4Jy

Days Of Our Lives Spoilers – Eric Brady Plans To Leave

When Days of Our Lives’ Eric finds out what Nicole has done, he rushes home to pack. Eric is very upset and needs to get away from Nicole. It doesn’t matter that Eric’s lack of presence is what has lead to this. However, Nicole follows Eric home and tries to reason with him. Nicole also falls into evidence to make Sami pay for what she has done. Philip Kiriakis (Jay Kenneth Johnson) bring Nicole proof that Sami cheated on E.J. Dimera (Dan Feuerriegel). Will Nicole try to save her marriage or blow up Sami’s? Can Eric forgive Nicole’s infidelity? Will Eric ever come back home?

Eric and Nicole have never had a lasting relationship. Can their marriage be saved? Could Eric have someone in Africa that means more to him than his wife?