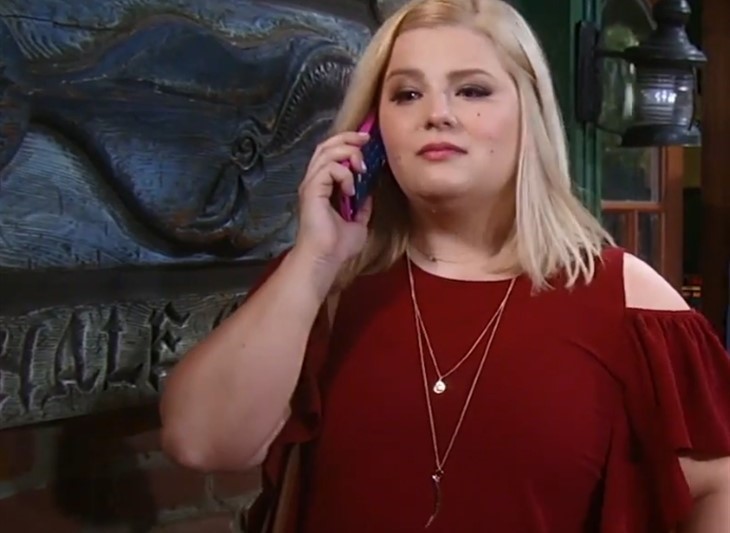 General Hospital (GH) spoilers teas that even though it happened off screen, Damien Spinelli (Bradford Anderson) an Ellie Trout (Emily Benson) have finally decided to go there separate ways. This is actually been a long time coming as early hasn’t even been seen ever since she returned with Damien from Portland over a year ago now.

Although it wasn’t the reason that she gave Spinelli, the fact that Maxie Jones (Kirsten Storms) and are still very close probably contributed to at Ellie’s decision to leave. Even now Spinelli still spends quite a bit of time with his ex. And what that can be attributed to the fact that Spinelli and Maxie share custody of their daughter Georgie Jones (Lily Fisher).

GH Spoilers – Maxie Jones Is All Set To Leave Port Charles For A Little While When She Will Leave Damian Spinelli Even Lonelier!

Spinelli was probably looking forward to spending time co-parenting Georgie with Maxie over the next few weeks but right after Spinelli told Jason Morgan (Steve Burton) about Ellie’s decision to break up with him, Nancy showed up and really she is leaving town for a little while as well. And although Jason and Spinelli get along very well, even Jason may not be able to keep Spinelli from getting depressed!

Perhaps Amy Driscoll (Risa Dorkin) will hear about Spinelli’s heartbreak and offer to help Spinelli with babysitting and other things let’s finale will need to get used to doing alone now, like cooking meals and cleaning house, and making sure that there’s always a babysitter. And while Amy isn’t a parent herself, Spinelli will be shocked to see how easy that Amy makes it look.

Since the breakup just now happened it will be a little bit of time before finally is ready to move on with someone else, but the more time he spends with Amy the more he will find himself attracted to her even if they take me slowly. And that should be right around the time Maxie returns and reveals the truth about her missing daughter.

With both Ellie and Maxie currently out of the picture with Damien Spinelli finds himself lonely and sad? Could Nurse Amy Driscoll help Spinelli transition into single life? Could this unlikely couple actually have a shot at romance. Or will Maxie finds herself jealous and try to separate them before they get too serious? Sometimes people that we’ve been looking at for years show us a new side in Port Charles, so stay tuned to General Hospital and weekdays on ABC. And don’t forget to check back right here regularly for all your General Hospital news, information and spoilers.