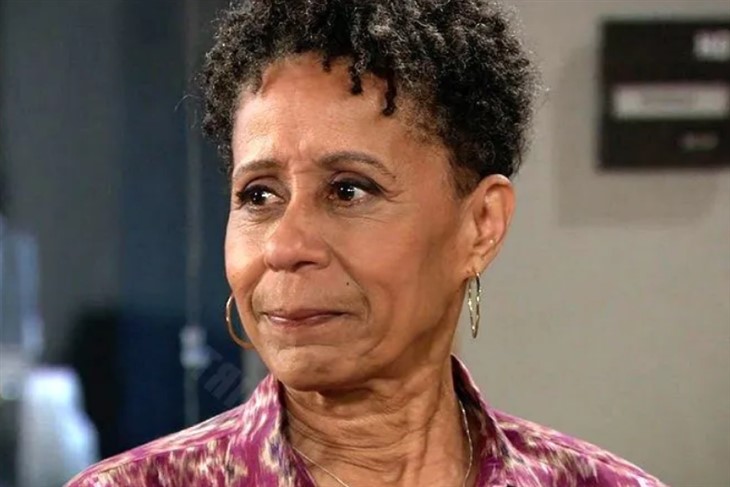 General Hospital viewers will recall that Stella Henry warned Portia Robinson (Brook Kerr) away from Curtis Ashford (Donnell Turner) in a recent episode of General Hospital. Curtis realized it and went back to Portia to not let his overprotective auntie interfere between the two of them. Curtis came right out and asked Portia if she backed away from a rekindled romantic relationship with him because of Stella. Portia didn’t totally blame Stella – Stella actually made some sense and she had agreed about the part where Curtis shouldn’t rush into something barely divorced from Jordan. Portia didn’t want a rebound relationship.

In the meantime, Curtis is actually not even barely divorced; Jordan hasn’t signed the papers yet, even though she has pretty much given up hope on her marriage surviving. She and Portia are friendly with one another, which some may consider unusual, and she knows that Portia and Curtis had a long-ago relationship. Stella again works on Jordan and nags her not to sign the divorce papers from Curtis, and for fighting for her marriage – although Stella wouldn’t call it “nagging,” she would call it “encouragement”!

General Hospital viewers will recall that Curtis and Jordan’s problems began and their marriage fell apart during the fight against Cyrus Renault (Jeff Kober). Curtis, having been a private investigator and formerly a policeman himself, did not like Jordan cutting him out of the cases she was working on. He felt that he could be of help, but Jordan kept stressing the secrecy and treating Curtis as a civilian.

Longtime General Hospital viewers will recall that Stella didn’t approve of Curtis and Jordan’s relationship to begin with. She was still bitter and unforgiving after finding out that Shawn Butler (Sean Blakemore) was TJ Ashford’s (Tajh Bellow) birth father, not her late son and Curtis’ brother Tommy Ashford (uncast character). Shawn and Tommy were once best friends, and were in the Marines together in Afghanistan and Tommy found a letter about the DNA test proving that Tommy, not Shawn, was T.J.’s father, and confirming Shawn and Jordan’s affair, Tommy became so enraged that he attacked Shawn by pulling a gun but before he could kill Shawn, Shawn killed him first. It was considered a friendly fire incident.

Gradually, as General Hospital viewers will recall, Stella forgave Jordan and accepted her, and even encouraged Curtis and Jordan’s marriage, and still does. Stella knows that Jordan and Curtis have gone through a lot, including Jordan’s being injured and needing a kidney transplant during their short marriage. Stella now starts a campaign to save her nephew’s marriage in earnest and nags Jordan not to sign the papers, and to fight for her marriage! She has a tough battle ahead of her with Curtis’ continuing to fight just as hard for his divorce and renewed relationship with Portia!