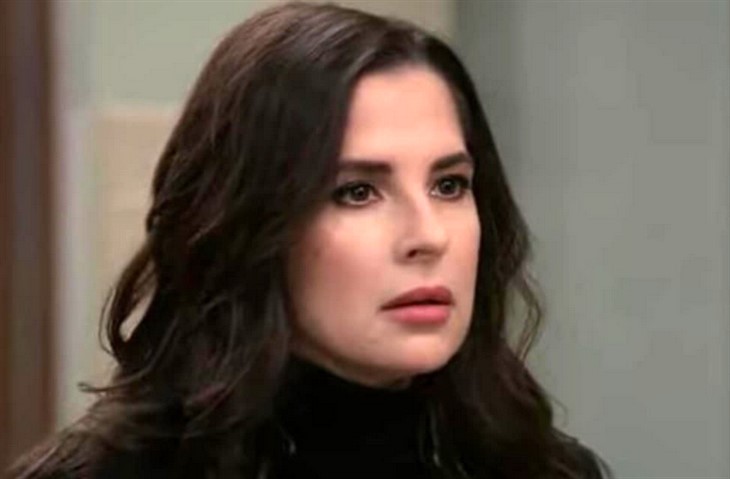 Her mother Alexis Davis (Nancy Lee Grahn) wanted to take responsibility for accidently attacking Dante. She plead guilty and was sent to Pentonville Penitentiary by Judge Naomi Carson (Anita Finlay). Alexis was helped in Pentonville by Shawn Butler (Sean Blakemore). Shawn and Alexis found out that Judge Carson has been giving sentences on her racial bias. Sam’s sister Molly Lansing-Davis (Haley Pullos) and her domestic partner TJ Ashford (Tajh Bellow) got help from Commissioner Jordan Ashford (Briana Nicole Henry) and Martin Grey (Michael E. Knight) to get Shawn and Alexis into a different situation in order to get their cases reexamined.

Sam will want to offer her support for Alexis and Molly. Sam is a private investigator and could find more information on Judge Carson if Jordan needs it in order to bring Judge Carson to justice.

Sam has been getting close to Dante. Sam was upset to find out that Jason Morgan (Steve Burton) and Carly Corinthos (Laura Wright) were getting married. Sam had ended her relationship with Jason but was upset to find out that he had decided to get married to Carly. Dante helped Sam when she found out. Dante and Sam ended up kissing but they have decided to remain friends at this time. Sam may want to get Dante to help her to find out who shot Hayden. Sam will want to help Shawn who wants to find out who set him up to go to jail.

Shawn was sent to jail for shooting Hayden Barnes (Rebecca Budig). Sam and Dante have been concerned about Maxie Jones (Kirsten Storms). Maxie was concerned about Peter August (Wes Ramsey) being in their daughter Louise August’s (Harper and Scarlett Bloom) life. Maxie arranged for Brook Lynn Quartermaine (Amanda Setton) to take care of Louise and told everyone that Louise was kidnapped. Sam and Dante want to help Maxie to be able to be with Louise again.

Sam and Spinelli are close friends. Spinelli and his longtime girlfriend Ellie Trout (Emily Wilson) have broken up. Ellie was concerned about Spinelli’s friendship with Jason because of his mafia lifestyle. Spinelli told Maxie that he and Ellie had ended their relationship. Maxie has decided to take a trip out of Port Charles.

General Hospital Sam wants to make sure that she helps her family and friends. Sam may be able to help Alexis and Molly. Can she find more information to help Molly get Alexis out of Pentonville? Sam will want to help Dante to find out more about Shawn’s case. Will Sam and Dante find out who shot Hayden? Sam wants Maxie to be with Louise.

Can Sam help Maxie find a way to get Louise back? Sam will want Spinelli to be safe. Can Sam help to protect Spinelli from the Novak family? Be sure to catch up on everything happening with GH right now. Come back here often for General Hospital spoilers, news, and updates.