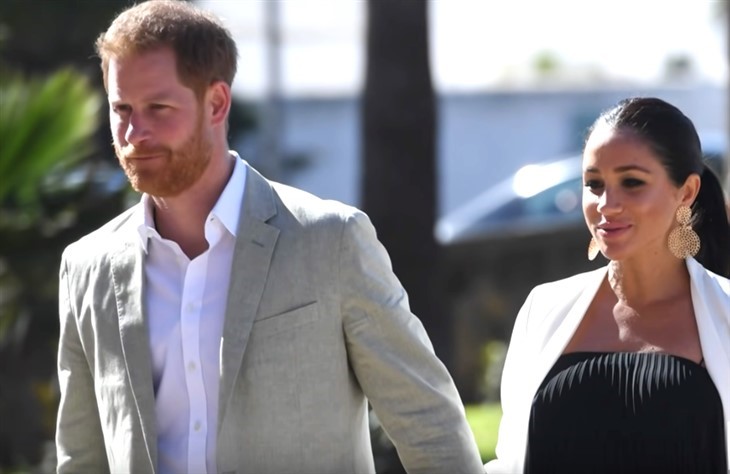 British royal family news reveals that Prince Harry and Meghan Markle are rolling in clover (and dough). Which of course was their stated aim when they denounced the monarchy and ditched their royal duties with the outrageous maneuver now known as Megxit.

The curious thing is that while they continue to bad mouth his royal family, they cling to their titles like monogramed life preservers. Maybe that’s because without them they are nobody? Titles impress and in their case, move merch.

It’s no secret they have signed on for big bucks with the likes of Netflix and Spotify, and let’s not forget Harry’s infamous CHIMPO job for a startup somewhere in California.

So how exactly have these two thirsty souls paid it forward? How have they given back now that they can and insist that they will? Let’s unpack what the Sussex’s have done for mankind.

Royal Family News – How Much Have Meghan And Harry Contributed To Charity?

Just how much have Prince Harry and Meghan Markle contributed to charity? In March 2020 when they dropped their Megxit bombshell, the pair they vowed to live lives of impactful helpfulness.

They wrote on Instagram post, “As we all find the part we are to play in this global shift and changing of habits, we are focusing this new chapter to understand how we can best contribute. While you may not see us here, the work continues.”

To that end they have created a highly publicized “non-profit organization” called Archewell. So far, so good.

But Archewell keeps getting held back since they can’t seem to do the required paperwork properly. At least twice the authorities have sent back their chicken scratch with a request to do better. For example, when they submitted the initial paperwork they forgot to sign it. Just recently the paperwork was rejected because it was incomplete—what exactly are they doing with Archewell the adults in the room asked.

Nonetheless Prince Harry and Meghan Markle continue to clack on about the good they are doing to make the world a better place. For instance, Harry has questioned the need for the First Amendment right to free speech and Meghan pestered, ie cold called, potential voters prior to the 2020 presidential election. And when their daughter was born, they asked people to donate money via Archewell.

Beyond those questionable practices, they have donated beanies to the homeless and it was recently announced that they donated diapers to a homeless shelter. Of course they may (may) be doing much more behind the scenes than their highly paid PR teams on two continents boast about. Maybe?