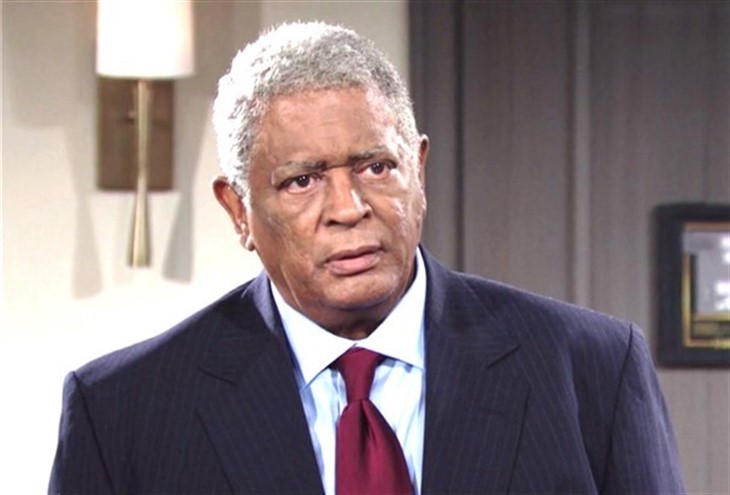 The Young and the Restless (Y&R) spoilers document that Sutton Ames (Jack Landron) will need to make a move now that Victor Newman (Eric Braeden) is trying to bait him. Amanda Sinclair (Mishael Morgan) firmly believes that her grandfather is guilty of murder and is allowing her mother to take the fall for his actions.

Victor’s acceptance of Amanda’s request for help came quickly. Generally the Moustache needs time to consider various angles before he proceeds. But Richard Nealon’s (no actor’s name known for this role) importance in Amanda’s backstory, as her father, and his former Newman Enterprises’ employee status makes this situation unique.

Young And The Restless Spoilers – Sutton Ames Summoned To Meeting

Sutton told Victor that he was surprised to receive his call. It just so happened that the head of the Ames’ family was in Genoa City, Wisconsin, and could oblige the great businessman.

Braeden’s character got right to it, as he claimed to be in possession of a letter. Said piece of hard evidence implies that Sutton was going to harm Richard if he didn’t cease trying to find his daughter, Amanda.

The supposed existence of a thirty-plus year old piece of paper appears to be a ruse where Victor is trying to coax an admission out of Sutton.

If the above wasn’t enough, Naya Benedict (Ptosha Storey) is now believed to be missing. As viewers recall, she is said to have confessed to the police. But the audience hasn’t seen that event or her her in weeks.

It’s reasonable to wonder if Sutton either ordered her into hiding or she’s done so on her own in fear of whatever the real truth is. Now, Naya’s youngest daughter, Imani Benedict (Leigh-Ann Rose), breaks the news to Amanda about their mother.

The Young And The Restless Spoilers – Sounds Of Resolution Rising

This storyline has been building for a number of months. It feels as though TPTB are nearing or are already in the crescendo phase, with the climax arriving by August at the latest. Sutton can be written out as the villain, as could Naya.

Storey’s character seems like a poor soul, who has unraveled, whether she was guilty or not. As for the character Landron is playing, his ominous status has been established. But whether he’s guilty hasn’t been proven and remains to be seen on Y&R.

Amanda’s life has already been deeply impacted by developments to-date. Hopefully for her, this matter is resolved in a manner that provides answers to her father’s fate and the ability to reach family peace.