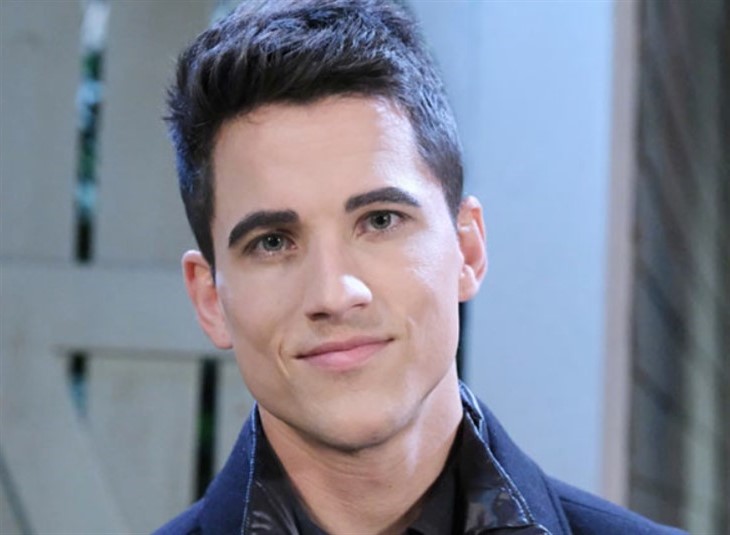 Days of Our Lives (DOOL) spoilers and updates tease that a former cast member announced that he got married. Mike Manning, also known as Charlie Dale, on the soap announced that he tied the knot with his non-celebrity partner.

The actor made the revelation during his acceptance speech at The 48th Annual Daytime Emmy Awards ceremony after winning the Outstanding Performance by a Supporting Actor in a Daytime Fiction Program Category for his excellent portrayal as Caleb McKinnon on The Bay.

Manning expressed his gratitude to the Emmy voters, the Academy, his parents, extended family, TV families, and of course, his husband, Nick. The actor revealed that he has ADD but his parents always encouraged him that he could be anything he wanted to be.

In an interview with Soap Opera Digest, Manning revealed that he never thought he’d get married any time soon and he has accepted that it’ll be that way for good. But he got the chance to marry his best friend and it was the first marriage in his family given that he’s the oldest child.

“To be able to marry my best friend in front of my family and my friends, and I’m the oldest child so it was the first wedding in my family, was very special and very important,” Manning said.

Manning feels very lucky to have Nick. He shared that he’s “not in the business, and he hates attention and he works in finance, so it’s completely different from what I do but he’s very supportive, so I lucked out.”

Days Of Our Lives Spoilers

Back to the Days of our Lives, Ciara Brady (Victoria Konefal) will push Ben Weston (Robert Scott Wilson) as she files for annulment. Ben wants to stall Ciara’s wedding to Theo Carver (Cameron Johnson) so he’ll come up with a plan.

With the help of Claire Brady (Isabel Durant) and Allie Horton (Lindsay Arnold), Ben will abduct Ciara while Claire replaces her as the veiled bride on the day of her wedding. Ben will be long gone with Ciara by the time people realize that she was abducted.