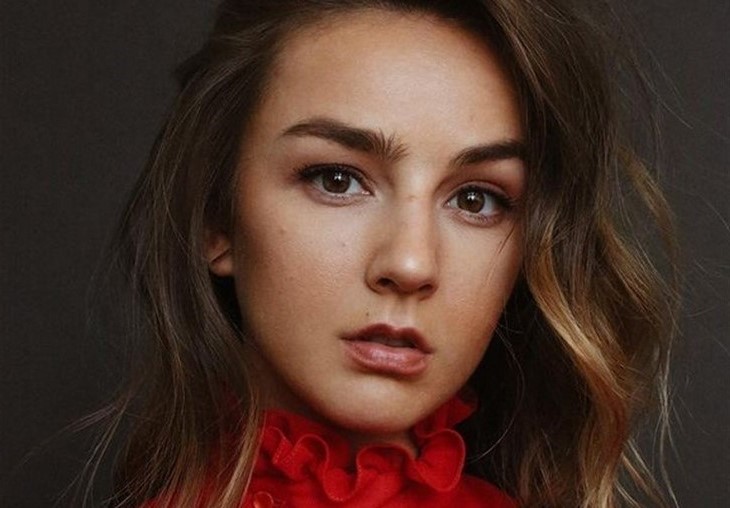 General Hospital’s Maurice Benard (Sonny Corinthos) recently enquired about a young man in a photo with his on-screen daughter, Lexi Ainsworth, who plays Kristina Corinthos-Davis. Is the protective on-screen dad watching over his “daughter” in real life as well?

General Hospital’s Lexi recently posted a photo on Instagram with herself and a young man. Lexi is sporting a cowboy hat and is with a young man in a baseball cap outside. In the comments, we find a cute post from on-screen dad, Maurice asking “who’s that guy” with a boxing glove emoji.

Of course, the comment leads fans to consider just how close Maurice and Lexi are. Lexi jokingly sends back an emoji that was winking and sticking out its tongue and comments, “he’s a good one.” The interaction between the two is very cute considering that Sonny is a mob boss and has always had a problem with anyone wanting to date his daughter. Is Maurice about to channel Sonny to protect his girl?

GH Spoilers – Maurice Benard Is Close To All His Children

General Hospital’s Maurice is close to all of his on-screen children. Chad Duell (Michael Corinthos) is often seen with Maurice at the gym as well as Maurice’s home. Maurice has also posted photos and videos with Bryan Craig, who placed his son Morgan Corinthos. Maurice often posts photos with the Scarola twins who play his young daughter Avery Corinthos as well. It is obvious that all of the young actors who work with Maurice love him and he cares for them as well. Maurice is a genuinely caring person and it shows in his interactions with these young actors.

General Hospital Spoilers – The Irony Of His Reaction

Long-term General Hospital fans remember when Kristina would push her father’s buttons by coming onto men that Sonny didn’t like. Kristina was almost killed when Sonny set up a bomb to get rid of Johnny Zacchara (ex-Brandon Barash). Kristina almost got Ethan Lovett (ex-Nathan Parsons) killed when she lied to protect her abusive boyfriend and said that Ethan attacked her. Kristina was later almost killed by Joe Scully Jr. (Richard Steinmetz) when he tried to steal Sonny’s money while working with Ceasar Faison. Is it any wonder that Sonny would be leery of any man that is around Kristina?

Although the boxing emoji was a joke, it is nice to see how close these actors are. Perhaps we will see Sonny and Kristina scenes again soon when Sonny comes back from the dead.