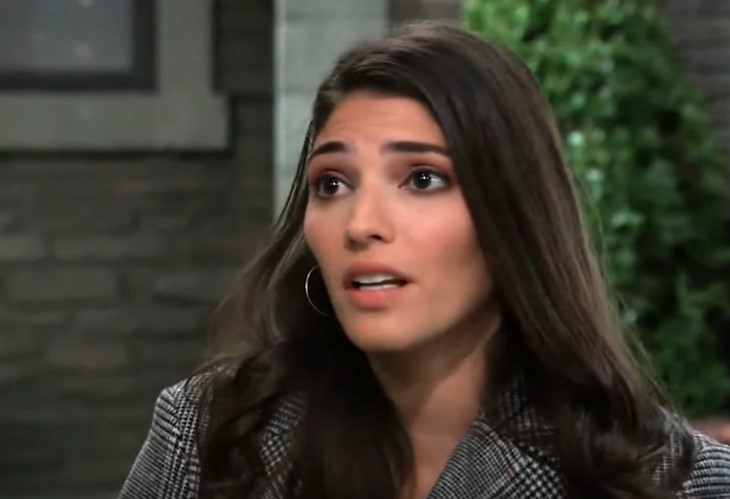 General Hospital Spoilers – Jimmy Lee Holt Got His Inheritance That Is Why He Wasn’t In Edward Quartermaine’s Will!

Longtime General Hospital viewers will remember that Jimmy Lee Holt (Steve Bond) was given his inheritance long ago when he and Austin’s mother, Charity Gatlin (Gloria Carlin) moved from Port Charles to Indiana. Monica Quartermaine (Leslie Charleson) should have remembered that – and if not Monica, certainly Brook Lynn’s grandmother, Tracy Quartermaine (Jane Elliot).

It must have been at some point later after being estranged from the rest of the Quartermaines that they apparently moved back to Pautauk, New York. General Hospital viewers will recall that Anna Devane (Finola Hughes) found a box of family photos in the house in Pautauk that Austin let her and Valentin Cassadine (James Patrick Stuart) stay in. She recognized Jimmy and also recognized Austin, albeit a much younger Austin.

Usually people’s facial features do not change a lot from child to adult if the adult in question hasn’t had plastic surgery. The eyes, nose, and mouth and usually the ears stay the same although aging causes change to the rest of the face. There shouldn’t be any doubt that Austin is Jimmy Lee and Charity’s son. What Brook Lynn might be questioning is whether he is trying to get an inheritance that was already given, unless the writers of General Hospital are changing history even more than they have. But, viewers have been getting used to that over the last few years!

General Hospital viewers will recall that when Scott Baldwin (Kin Shriner) first came to the ELQ board meeting with Austin, he had already had DNA tests performed to prove that Austin is a Quartermaine relative. There is a question as to who’s blood Austin’s DNA was compared with, since Scott hadn’t indicated that he had asked any current Quartermaines. Back when Jimmy Lee came to town, there was no such thing as DNA, it had not yet been discovered.

Brook Lynn might bring up that point, although the Quartermaines have done their own DNA tests against Austin’s by this time. But now that Austin is working at General Hospital, Brook Lynn questions whether Austin could have tampered with the results! She also noted that Valentin didn’t seem real surprised at Austin’s appearance at the ELQ board meeting, like maybe he had something to do with it.

However, that seems rather doubtful. Austin randomly found Maxie Jones (Kirsten Storms) giving birth in the woods, and it was Maxie who had the ambulance bring him to General Hospital after Marie Hopkins aka Fake Chloe (Kimberly J. Brown) had knocked him out cold.

That is another thing Brook Lynn is suspect of – if Austin’s father died several months back, why didn’t he show up in Port Charles before, and not just now, after being brought in the ambulance and seeing the Corinthos wing, and the photographs of the Quartermaine family members who had worked as doctors there? Something just doesn’t add up – and Brook Lynn thinks Austin is not really who he says he is and is up to no good!