The Bold And The Beautiful (B&B) Spoilers: Liam’s Chance To Be a Real Husband and Father – Hope Still Wounded 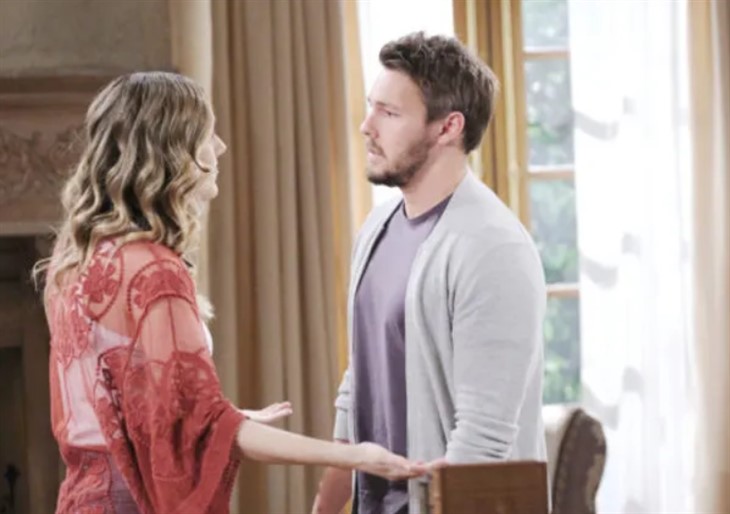 The Bold and the Beautiful (B&B) spoilers document that Liam Spencer (Scott Clifton) got what he was hoping for and intends to make the most of it. He was being transferred to a facility where hardened criminals live. Then, in a daytime flash, Liam’s future radically reverted to normal.

The Bold And The Beautiful (B&B) Spoilers: Steffy Turns Down Finn’s Proposal, But Why?

Liam would not have been separated from Hope if he hadn’t cavorted with Steffy Forrester (Jacqueline MacInnes Wood). That led to him eventually being asked to leave his home and family.

Hope was naturally devastated when Liam told her that Steam had a one-time comeback. Despite his volunteered honesty and Hope’s awareness that he was sincere about not wanting a relationship with Steffy, the pause button was pressed on Lope.

All of the above played out over the course of months and then Hope kissed Liam at the cabin. That optimistic sign should have been followed by a reconciliation.

The planning and execution of the Mulholland Drive sequence worked. The audience had no idea that Vincent Walker (Joe LoCicero) was tracking Liam and then intentionally walked in front of Bill’s sports car in order to frame Clifton’s character.

This spring into summer mystery thriller was solid. It was soapy, but digestible because Vinny was a wayward soul. His fixation on helping Thomas, which led to Liam’s imprisonment, made sense.

Bill’s actions, which Vinny could have never predicted, also fit. As the audience knows, Diamont’s character is a wild man who has often snapped under pressure.

The Bold And The Beautiful (B&B)Spoilers: Thomas Delivers On Promise – Justin Loses Control And His Freedom? https://t.co/1YtmQj0vmE pic.twitter.com/7o3WffmsfV

Liam has repeatedly proven that he needs a strong significant other or wife to tell him what to do. He hasn’t yet developed the self discipline to stay in his lane and has gotten off-track on many occasions in past years. This was one of the not so subtle messages that can be taken from the Mulholland Drive story.

Here’s hoping for Beth Spencer (Madeline Valdez and River Davidson) and Douglas Forrester’s (Henry Samiri) sake that Liam implements what he learned from his time behind bars. While he was wronged by Vinny, Liam learned that Hope’s support was relentless and that a now former rival, Thomas, was on his side.

Clifton’s character has a lot to live for. Now, he can do so in the free world with his wife and children by his side. But Liam should let Hope drive the car until he fully demonstrates the ability to safely navigate B&B’s roadways. That could take awhile.