The Young And The Restless (DOOL) Spoilers: Summer Faces Victor, Truth About Tara Finally Comes Out? 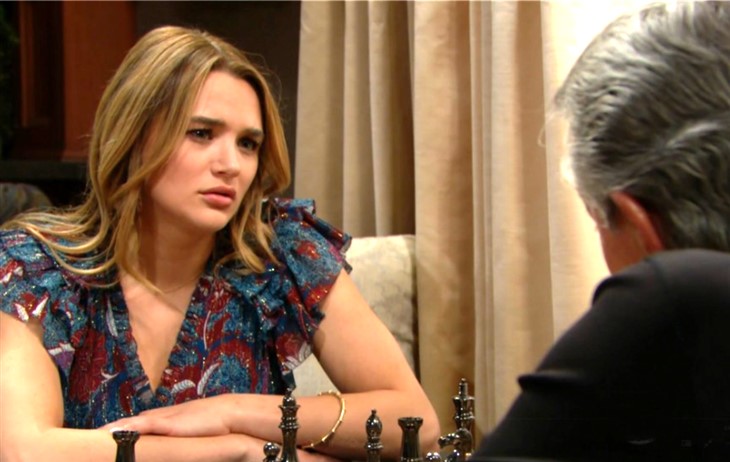 The Young and the Restless spoilers for the week of July 26 reveal that Victor Newman (Eric Braeden) and Nikki Newman (Melody Thomas Scott) visit Summer Newman (Hunter King). People still don’t know the truth about her Milan move and sudden breakup. Victor has a way of getting people to talk, so could Summer tell him the truth?

The Young And The Restless Spoilers – Visiting Summer Newman

Y&R spoilers reveal that next week, Summer will get some visitors. Victor and Nikki already have plans for a trip to Europe. So, they plan on swinging by Milan to pay a visit to Summer. Of course, Summer will be happy to see Victor and Nikki. She will probably show them around her office and apartment. It won’t just be sightseeing, though. There will likely be some conversation, as well.

Victor has a way of getting the truth from people. Right now, he’s doing it with Sutton Ames (Jack Landron). Victor and Amanda Sinclair (Mishael Morgan) have been orphans in common, so they have that connection.

With Summer, that is Victor’s granddaughter. Victor and Nikki are probably just as confused and concerned as everyone else about her sudden decision.

The Young And The Restless Spoilers – Victor Newman Gets The Truth?

The Young and the Restless spoilers reveal that it’s possible that Victor will bring up Kyle Abbott (Michael Mealor) and the sudden cancelation of the wedding. He will probably talk about the situation with Harrison Locke (Kellen Enriquez). He might not believe Summer’s reason for breaking up with Kyle. He’s a human lie detector and knows Summer very well, so she will have a hard time lying to his face. Victor could end up getting the truth out of Summer.

The Young And The Restless (Y&R) Spoilers: Adam Makes Demands Of Chelsea and Gives Her An Ultimatum #yr #youngandrestlesshttps://t.co/nbPrSXdRnX

One thing about Victor is he is all about family. That is the most important thing in the world to him. So, he won’t take kindly when finding out that Tara Locke (Elizabeth Leiner) and Sally Spectra (Courtney Hope) basically forced Summer out of the country. Victor will probably take care of things. He has his own way of dealing with people like Tara. She might think she is the queen of manipulation, but one thing she might not be aware of is you never make an enemy of Victor Newman.

What do you think is going to happen when Victor and Nikki visit Summer in Milan? Will Victor be able to get the truth out of his granddaughter? How will he react to learning about Tara and Sally’s scheme? We will have to keep watching the CBS soap to find out what happens next with this storyline.