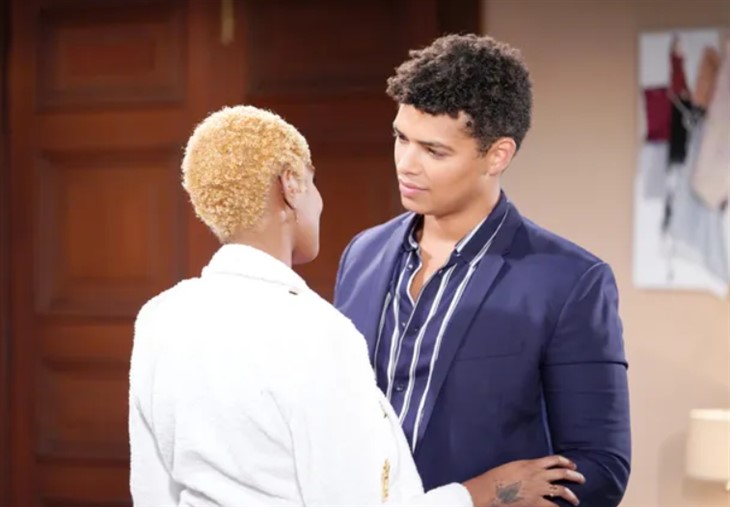 The Bold and the Beautiful (B&B) spoilers tease that the landscape is changing quickly between Zende Forrester Delon DeMetz) and Paris Buckingham (Diamond White). While we haven’t seen them do much together in recent times, their lives have been busy.

Paris’ life has been turned upside down and how this affects her relationship with the hunky designer could be huge factor going forward. What’s in store for these two love birds? Will they go from strength to strength or is a significant roadblock about to come between them?

Paris came to LA a wild card—not so much a wild child as an unknown mystery. According to her sister Zoe Buckingham (Kiara Barnes), Paris was a danger that needed to be neutralized. In the end it was Zoe that was neutralized, and not in the way anyone could have imagined.

Zoe tried her best to get her sister to leave town as fast as she came, but now it’s Zoe who has left with her tail between her legs and Paris who appears to be the cat who got the cream.

B&B Spoilers – Zende Forrester Is On a Professional Roll

Paris is still with Zende, while Zoe’s relationship with Carter Walton (Lawrence Saint-Victor) has bit the dust in spectacular fashion. With Zoe out of the picture Paris was in need of a place to land and wouldn’t you know it, one of the people she works for has a room available.

The Bold And The Beautiful Spoilers: Carter Stands Up To Eric, Refuses To Be Treated Like A Childhttps://t.co/das6dHIbMw

The Bold And The Beautiful spoilers – What Happens Next In LA?

As a result, Paris tells Zende, “Oh by the way I’m living with your cousin,” previews DeMetz to Soap Opera Digest. Paris is now in Steffy Forrester’s (Jacqueline MacInnes Wood) spare room. Also in the house is Steffy’s SO, Dr. Finn (Tanner Novlan).

Explosive show spoilers reveal that Steffy and Tanner could be about to encounter some turbulence when his parents make the scene. Will Paris be there to cushion the impact or will she end up being a beautiful and comforting shoulder for Finn to cry on?