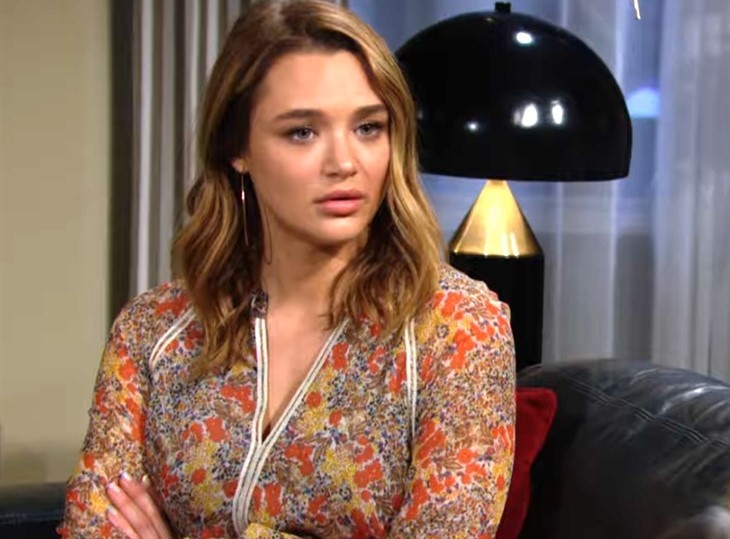 The Young and the Restless (Y&R) spoilers reveal that Summer Newman (Hunter King) will put on a happy act when she gets visitors. However, she tries too hard to keep up the facade. Victor Newman (Eric Braeden) and Nikki Newman (Melody Thomas Scott) see her excitement and joy as being a bit excessive. Can they get Summer to tell them the real reason she left Genoa City?

The Young And The Restless Spoilers – Summer Newman’s Facade

Y&R spoilers reveal that Summer has kept the real reason she left Kyle Abbott (Michael Mealor) and Genoa City a secret. Even though she wants to open up and tell someone the truth, she fears Tara Locke (Elizabeth Leiner) will make good on her threat. Realizing how close Kyle has gotten to Harrison Locke (Kellen Enriquez), Summer can’t bring herself to risk the father and son being torn apart.

When Victor and Nikki stop in Milan to visit Summer, she puts on a happy face and acts excited about her new life.

Co-executive producer and head writer Josh Griffith told Soap Opera Digest that Summer’s decisions were abrupt and out of character. Victor and Nikki don’t believe Summer is telling the whole story about suddenly ending her engagement and moving to Italy. They know that this is the opportunity of a lifetime for Summer. However, they want to be sure that Summer made the right decision for the right reason.

The Young And The Restless Spoilers – Lying To Nikki Newman

The Young and the Restless spoilers reveal that Summer lays on the happy act a bit too thick. Victor and Nikki see right through her performance. When the patriarch steps aside to take a phone call, Nikki uses the one-on-one time to get to the truth. She urges Summer to be honest… even if she feels she can’t tell anyone else what’s really going on.

“Nikki is well aware of how fragile relationships can be, so she relates to Summer’s issues with Kyle. She provides Summer with a chance to open up with the hope that she will be honest in a way that she maybe can’t do with her parents.”

Even though she is tempted to spill the truth about Tara and Sally Spectra (Courtney Hope), Summer lies to Nikki’s face. She insists that she is exactly where she wants to be.

Nikki knows that Summer isn’t telling the whole truth and she wants to know why. If she can’t get the truth out of Summer, then she will go digging for answers. Griffith teased,

“If anyone can uncover the real reason behind Summer’s decision, it may very well be Nikki.”