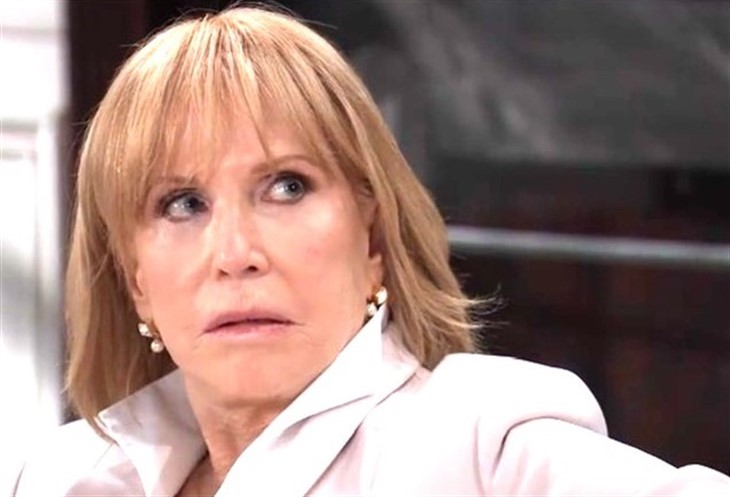 General Hospital Spoilers  indicate that Dr. Austin Holt (Roger Howarth) took the Quartermaine family by surprise when he revealed that he was Edward Quartermaine’s (the late John Ingle) grandchild and that he was contesting Edward’s will in order to stake his claim on his rightful share of the Quartermaine fortune. But Monica Quartermaine (Leslie Charleson) didn’t seem as surprised as everyone else in the family.  Now that could all be chalked up to the extremely large number of surprise members of the family that have suddenly just appeared over the years.  But what if there is more to the story?

General Hospital Spoilers – Jimmy Lee Holt Was Not Popular Among The Quartermaine Family.

Jimmy Lee Holt (Steve Bond) tried for years to form some kind of familial relationship with Edward and the rest of the Quartermaine’s. But Edward was only concerned with keeping the family fortune away from any illegitimate offspring. Eventually, Jimmy Lee settled down and married Charity Gatlin (Gloria Carlin).  And at some point not long after, Charity became pregnant with Austin.  But Jimmy Lee was not the first Quartermaine  that Charity had been involved with. Alan Quartermaine (the late Stuart Damon) was also romantically involved as well. Perhaps Charity was already pregnant when she started seeing Jimmy Lee,

GH Spoilers – Jimmy Lee Holt Agreed To Raise The Baby As His Own.

Charity would likely have told Jimmy Lee right away and would have gone to Alan had Jimmy Lee not intervened.  Alan was a married man and his wife Monica already had tp raise Jason Morgan (Steve Burton) after Alan first mistress Susan Moore (Gail Rae Carlson) was murdered. It took Monica a very long time to accept Jason into the family, and she might not have room in her heart for another reminder of Alan’s infidelity.

They vowed Alan would never find out.  Perhaps Jimmy Lee went to Edward or Monica and told  them he would raise Alan’s baby far away  for a payout. If either Monica or Edward agreed to pay Jimmy Lee it would explain why  Jimmy Lee was disinherited and there was no mention of a child in Edward’s will.  If any of the above is true it would explain why Monica didn’t seem a bit surprised when Austin showed up.

Was Monica already aware of Austin’s existence before he arrived in Port Charles.  Is he actually Jimmy Lee’s son or could he be Alan?  Did Monica and Jimmy Lee make some sort of deal so Alan would never find out? Family Trees are hard to keep up with in Port Charles, so stay tuned to General Hospital airing weekdays on ABC.  And don’t forget to check back right here regularly for all your General Hospital news, information and spoilers.