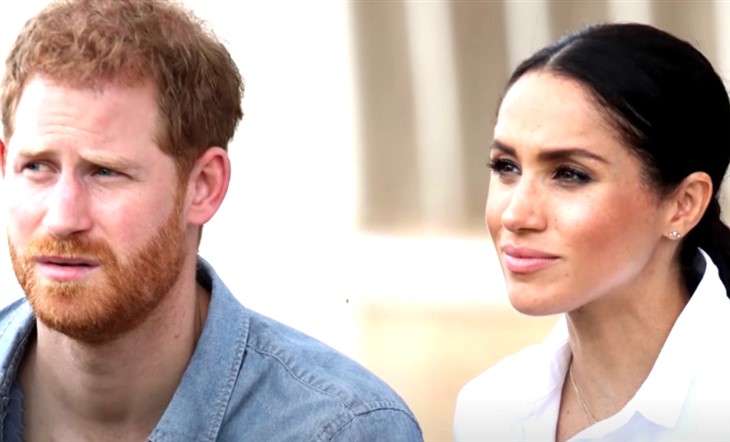 British Royal family news reveals Prince Harry and Meghan Markle are making a life for themselves in Montecito California and they’re taking a couple of leaves out of former U.S. President Barack and First Lady Michelle Obama’s book. Their transition to life as former royals have been as seamless as possible, signing lucrative deals mere months after they left the U.K.

The Mail wrote last year that the former White House couple occasionally advise the Sussexes on what life outside the royal family is like. Prince Harry has known the Obamas for years, meeting and bonding with them over humanitarian and military causes, as well as Harry’s inspirational Invictus Games for injured military personnel and veterans.

Meghan is a huge admirer of Michelle Obama, having secretly attended a talk Michelle gave in London in 2018. As the Sussex royals forge a way for themselves in America, their steps are mirroring the Obamas after they moved out of the White House.

Royal Family News: Queen Elizabeth Journeys To Balmoral For the Summer Without Philip by Her Side

The Sussexes Lucrative Deals Mirror Those of the Obamas

Since the Obamas left the White House in 2017, they have earned a fortune by selling rights to their autobiographies, engaging in lucrative speaking tours and setting up a production company and charitable foundation. Everyone loves the couple and they are now said to be worth $135 million.

The Sussexes are adopting a similar blueprint in their money marking endeavors. Book deals, podcasts, Netflix deals, and charitable deeds – they’re all the roads that the Obamas have gone down in and the Sussexes have followed.

In 2018, the Obamas closed a $50 million multi-year deal to produce films and documentaries for Netflix. Projects include Michelle’s arena-filling book tour documentary and a biopic about Tenzing Norgay, the Sherpa mountaineer, who, along with Sir Edmund Hillary, became the first to reach the top of Mount Everest, in 1953.

But Harry and Meghan’s deal is reportedly double that of the Obamas, as theirs is an amazing $100 million.

Recently, Meghan revealed that an animated series for Netflix, called Pearl, is under production. The Duchess is collaborating on the series with the Canadian filmmaker David Furnish and the show will follow the adventures of a 12-year-old girl who finds inspiration from influential women in history. People are speculating that the series will touch on Meghan’s life growing up.

The Obamas signed a multi-million dollar deal with audio-streaming giant Spotify in 2019. It was followed last July by the debut of The Michelle Obama Podcast, where the former First Lady discusses relationships with the closest people in her life.

Earlier this year, the Obamas also launched Renegades: Born In The USA, featuring Obama and long-time friend, and rock legend, Bruce Springsteen discussing everything from modern manhood to the state of present-day America.

The Sussexes £18 million with Spotify is reportedly the largest ever signed for a new podcast. For now, the only content launched through it is a 35-minute ‘holiday special’ episode.

The Sussex royals and the former President and First Lady also have Oprah interviews in common, along with being intimate friends with the U.S. television chat show host.

Like most other power couples, Meghan and Harry, along with Michelle and Barack Obama, have their own charitable organizations that help to impact some good in the world.

While Michelle Obama has stated that she has no eye whatsoever on being the president of America, could Meghan, the Duchess of Sussex, be eyeing a place in history, as the first female president of the United States?