The Bold And The Beautiful (B&B) Spoilers: Finn Desperately Looks For Bio Parents To Save Hayes 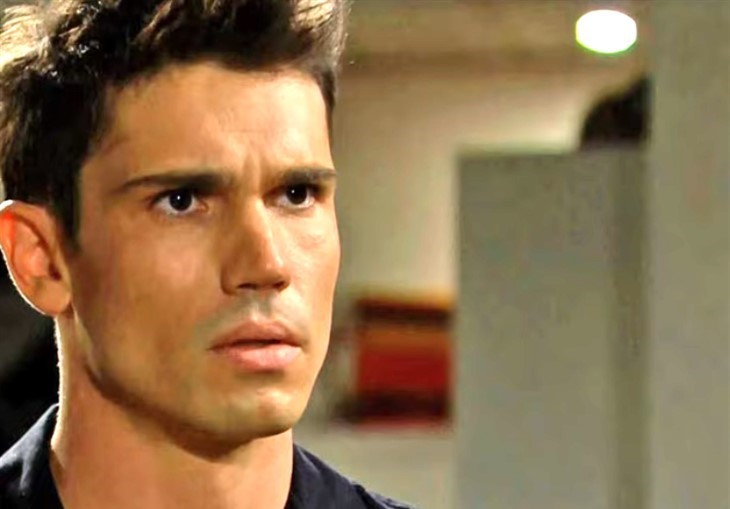 The Bold and the Beautiful (B&B) spoilers and updates tease that Hayes Finnegan (Samantha Worden) may need serious medical attention. Hayes is the son of Steffy Forrester (Jacgueline MacInnes Wood) and Dr. John Finnegan ( Tanner Novlan). Finn admitted to Steffy that he was adopted because she wanted to know more about his family. Steffy has met Finn’s adopted father Jack Finnegan (Ted King). Jack seems to know more about Finn’s parents than he is letting on.

Finn and Steffy are going to married. They believe that they will have much happiness in their future. However Finn and Steffy may soon find out that Hayes has a serious medical condition. Hayes has been having some moments when he has shown some distress. Steffy could not get Hayes to sleep but Paris Buckingham (Diamond White) sang to him and he was able to fall asleep. Hayes may be showing early signs of his medical condition. Steffy knows about her family if she and Finn find out that Hayes is sick. Finn will need to find out about his family.

B&B Spoilers – Hayes May Be Facing Life Or Death

The Bold and the Beautiful Finn will be devastated if Hayes is sick. He will need Jack to tell him if he knows about who his parents might be. Jack seems to know who Finn’s real parents are. Will Jack tell Finn who his real parents are to save Hayes? Finn’s mother Li Finnegan(Naomi Matsuda) is coming to the wedding. She may stay to help Finn and Steffy with Hayes. Does Li know who Finn’s real parents are? Can Finn get the help he need to save Hayes? Be sure to catch up on everything happening with B&B right now. Come back here often for The Bold and the Beautiful spoilers, news, and updates.