The Young And The Restless (Y&R) Spoilers: Kyle Heading Off To Italy To Be With Summer? 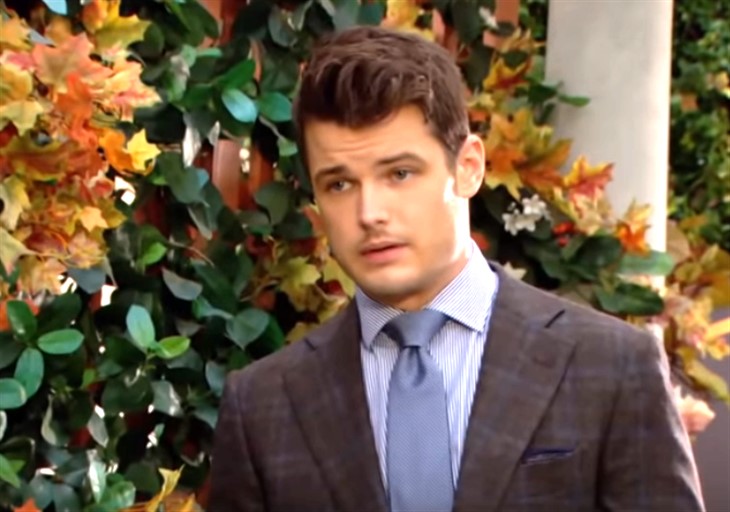 The Young and the Restless (Y&R) spoilers and updates tease that the soap may have dropped a clue as to what Summer Newman (Hunter King) and Kyle Abbott’s (Michael Mealor) future might be during a conversation between Summer and Nikki Newman (Melody Thomas Scott) in Italy.

Victor Newman (Eric Braeden) has accepted Summer’s decision to leave Kyle and Genoa City for Italy. But Nikki wasn’t so convinced. During her conversation with Summer, the latter admitted working her dream job in Italy felt right but things aren’t adding up still since Kyle isn’t there.

It seems like Summer’s life would be perfect if Kyle is with her in Italy. Does this mean the soap is setting their story up so that they’ll be together and live happily abroad? With Michael Mealor set to leave the soap as Kyle and with Hunter King’s rumored exit, it’s possible for Summer to get what she wants. Nothing’s been confirmed so it’s all just speculation for now.

For now, fans will soon see Summer confess that Tara Locke Locke (Elizabeth Leiner) had something to do with her departure from Genoa City to Italy. Viewers know that Phyllis is gathering evidence to prove that Sally Spectra (Courtney Hope) and Tara schemed together to drive away Summer.

Phyllis will discover that Eric Forrester (John McCook) did Sally a favor by convincing Angelina Marchetti (Cristina Serafina) to hire Summer for the open position in Italy. Meanwhile, Nick Newman (Joshua Morrow) and Phyllis question Summer about what really happened. She eventually caved in and confessed that Tara blackmailed her to leave town. After hearing the confession, Phyllis vows to make Tara and Sally pay.

Kyle Abbott (Michael Mealor) will also learn the truth about Summer’s departure. He’ll realize that she left to make sure that Harrison Locke (Kellen Enriquez) remains in his life. Summer will apologize to Kyle for deceiving him and try to explain that she had no other choice. After hearing all this, Kyle will make a shocking decision. Will he hop on a plane to visit Summer? Will he decide to live their lives together in Italy? Will fans finally see the couple exchange vows? Is this the start of their happily ever after or does Tara have a backup plan?