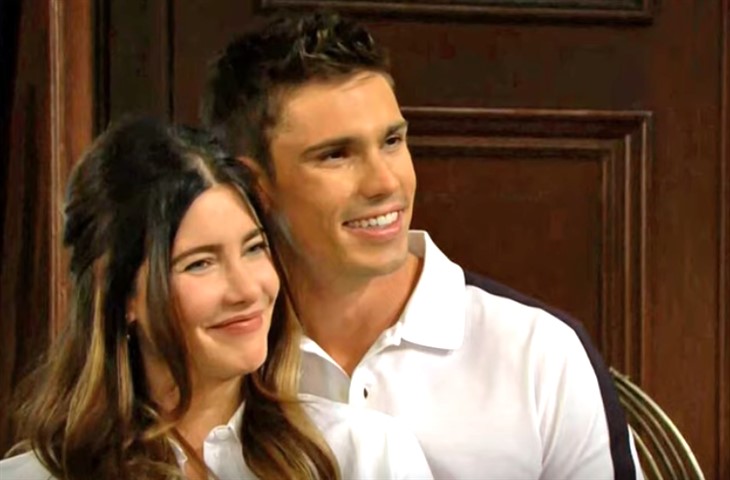 The Bold and the Beautiful (B&B) spoilers document that viewers saw the truth on B&B. With everyone taking a rightful breather, following the apex of the crisis, eight people were in Forrester Creations executive office together.

Yes, everyone’s fears are subsiding now that all named characters have complied with the daytime rules. They were justified in not fearing togetherness. Sure there are risks, but the time for the next great storyline has begun.

All readers knew that B&B’s world was being referenced and not something else, right?

Steffy’s reference to her mother, Taylor Hayes (Hunter Tylo), not being able to return for the wedding because she’s on a missionary assignment was noteworthy. The update about Taylor was also interesting, whether or not it connects to the new storyline.

It would seem natural if Taylor does return for the wedding, since Steffy and Finn honored her with Hayes’ name. Plus, Tylo’s character has also been mentioned on a handful of other recent occasions.

Here’s hoping that happens, despite what Taylor recently told Steffy off-screen. This iconic character is a natural comeback fit at this point in the plot.

Is Jack really Finn’s dad, but for whatever reason King‘s character didn’t feel it best to tell him or maybe even his wife the truth? Maybe. But it feels as though Jack’s secret might just involve Finn’s biological mother.

An ending scene, combined with Jack’s multiple stares provide clues to the viewers. It appears that he knows the identity of Finn’s biological mother or parents. That combined with the scene of an unknown character receiving the wedding invitation. So, Steffy or Finn presumably know that person.

And B&B can’t possibly have Taylor be revealed as Finn’s biological mother since he and Steffy just had a baby. Of course, Taylor could be revealed as somehow not being the mother to Steffy and her fraternal twin, the late Phoebe Forrester (Mackenzie Mauzy), but that would be highly ridiculous twist.

B&B Spoilers: Eric Having Second Thoughts, Does He Want Quinn Back? https://t.co/rrb6koMWbv pic.twitter.com/Pbn6o7PQmj

Teasers indicate that yet another wedding will be held at the Forrester mansion. This setting for so many nuptials is natural, with the Sinn wedding beautifully filling the frame this week.

Petri Hawkins Byrd (Officiant), the bailiff from Judge Judy’s court room reality show, will be presiding at the Steffy-Finn wedding. The Forrester and Finnegan families will be presented.

But will an uninvited or unexpected guest crash that happy day, adding extra joy to it or causing Jack to panic? That question is just one reason why the fans will be watching.