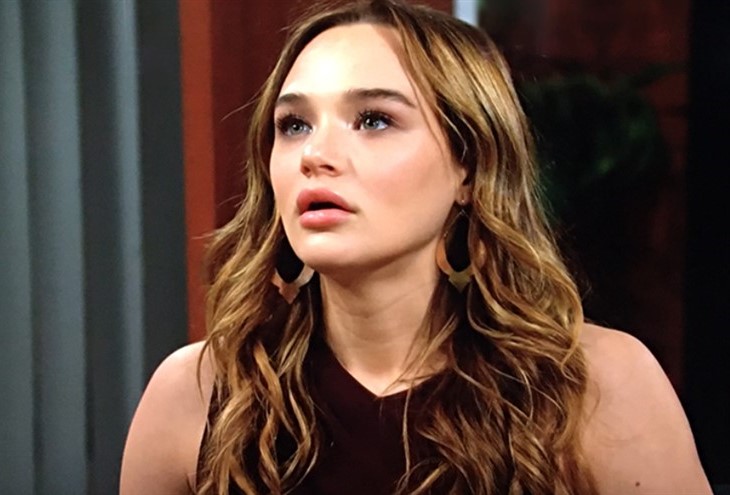 The Young and the Restless (Y&R) spoilers document that Summer Newman’s (Hunter King) tell to her parents will allow them to know the real reason why she left Kyle Abbott (Michael Mealor), the Jabot Collective spot, and moved to Milan, Italy. While Summer’s decision to do so was selfless and well-intended, her pressured actions were misguided.

Tara Locke (Elizabeth Leiner) is fully responsible for her actions causing Summer great strife and for Kyle to remain in the dark until recently. Phyllis Summers’ (Michelle Stafford) actions, in starting to expose Tara and Sally Spectra’s (Courtney Hope) connection, pushed Summer to come clean and is allowing Kyle to recognize the manipulative intentions of Harrison Locke’s (Kellen Enriquez) mother.

The Young And The Restless Spoilers – Kyle Abbott Hears The Truth

A conversation between Kyle and Summer follows. That allows him to become aware of Tara’s past threat to take Harrison away from Genoa City, Wisconsin, if Summer didn’t follow orders.

The truth is important because it allows Kyle to begin defending himself and his son. The information Mealor’s character gains enables a responsive strategy to be developed.

Tara decided to keep the paternity truth from Kyle and Ashland Locke (Richard Burgi). Doing so allowed her to control their lives. But that stature is ending, though she doesn’t know it yet.

Summer was naturally shocked to learn that Kyle had a son, as was he when that reveal was initially dropped and then later confirmed. But she handled the matter with maturity.

Y&R did a fine job in slowly rebuilding King’s character. A choice was made to devolve Summer when the actor returned to the cast in the recent past. That creative decision remains debatable. But at least Summer was written back to being the good soul that she is.

Being threatened by Tara caused Summer to react in a defensive manner. But her defense involved protecting Kyle and the relationship he’s forming with his son. For that Kyle will love her even more.

Ashland doesn’t trust his soon to be ex-wife, based on all that he’s learned in recent months. Now, Kyle, who Tara had hopes of creating a relationship with, distrusts her as well.

Tara is lashing out at Sally and seems primed to point fingers at other people when this sordid story is fully exposed. But Leiner’s alter ego is responsible for the trouble that exists. The injustice of how Harrison’s life has been handled rests solely at Tara’s feet.

The last sentence serves to remind viewers that Tara’s shoe line is probably a goner as well. Like Ashland and Kyle, why would Lauren Fenmore (Tracey Bregman) want to do business with Tara when this soapy climax plays out?