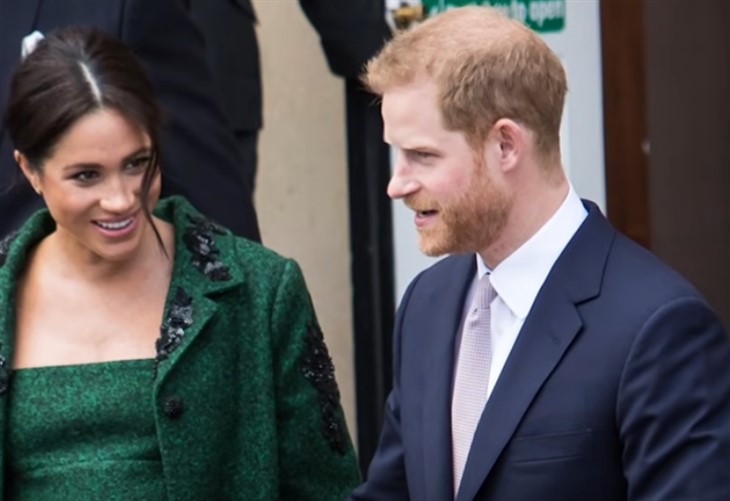 British royal family news reveals that Prince Harry and Meghan Markle may have another celebratory public appearance in the near future. If rumor is correct they will be Emmy Award presenters, just what the world needs right now.

Not everyone thinks they are the end all and be all however. Royal expert Martin Townsend recently wrote about them in the Daily Telegraph saying, “If they are going to do something, they need to put their mouth where their money is.”

He went on to say of the trash talkers, “So far we’ve had a load of word salad: ‘let’s all live in peace in harmony’ while on the other hand waging war on the Royal Family, which has struck many as contradictory.”

It has also struck many as hypocritical. On the one hand Meghan and Harry preach love for the world yet show none to their families, both of which they are reportedly estranged from.

The royal watcher added, “It’s time for them to put all that behind them and work on content rather than conjecture. Their 40 to 50 era has to be one of substance rather than gloss. If there’s a definitive Harry and Meghan guide to how to live your life, they better start writing it, and fast.”

He is referring to their ages, as Meghan turned 40 today. Harry is not far behind in fact he is busy writing his memoirs at the ripe old age of 36. They have a lot of money to put in their mouths as they have obscenely lucrative deals with Spotify and Netflix, though have failed to produce any content for them to date.

They have plenty of ambition but not a lot of work ethic. Way back when they boasted that they would give Netflix content, “that informs but also gives hope.” We bet the number crunchers at the streaming giant hope they get something of use from these two who are currently on an extended leave from “work.”

Harry And Meghan Are On Leave From Work

Although they haven’t actually done anything for Netflix yet, Meghan Markle announced she is working as executive producer on Pearl, a cartoon following the adventures of a young girl. She has no production experience but that doesn’t matter. She also put out a children’s book that was met with cries of plagiarism and panned as “boring” (it was all about Harry).

Earlier this year Harry was named CHIMPO, Chief Impact Officer at some start up named BetterUp although nothing more has been heard since.