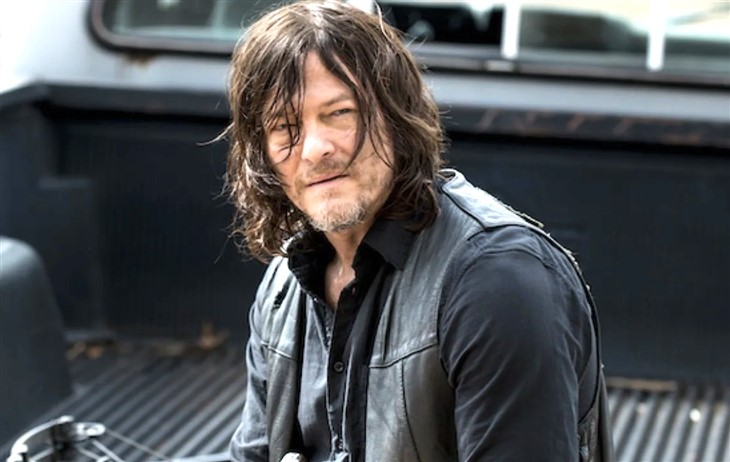 The Walking Dead (TWD) ranks high on the list of shows that improve with age. And now, as fans of TWD Universe look forward to season 11, one star wants to prepare viewers.

But fear not, fans of The Walking Dead who don’t want to spoil their viewing pleasure. The star who’s eager to offer insights just happens to be Norman Reedus.

And he knows how to dish up sneak peeks that don’t spoil the show. Find out below what Reedus says about season 11.

The Walking Dead Season 11 Serves As Farewell (Sort Of)

Through the years, recurring rumors that The Walking Dead would walk no more on AMC got fans worried.

In particular, when the supposedly essential character of Rick Grimes (played by Andrew Lincoln) exited, some feared The Walking Dead would fade away as well.

But season 11 has yet to air, and in some ways, the final season of The Walking Dead is just the beginning.

Spin-offs as well as movies remain to keep us in the wild and wicked post-apocalyptic world. Plus: An upcoming spin-off promises to take us deeper into the world of Daryl and Carol (portrayed, respectively, by Norman Reedus and Melissa McBride).

When Norman Reedus evaluates the final season of The Walking Dead against the last 10, he sees something “completely different,” the actor told Comic Book.

And unlikely as it might seem, Reedus also contrasts TWD with the legendary children’s film, “Willy Wonka And The Chocolate Factory.”

The comparisons stem from the contrast between “a black and white western” and a “technicolor Willy Wonka” type of film, clarified the actor.

With the extended season 11 of The Walking Dead scheduled through 2022, the actor sees the episodes going in a reverse direction from the first episodes.

“We did the first 10 episodes kind of in one direction, and that involved Maggie’s story mostly,” pointed out Reedus.

As a result, the characters focused on “trying to deal with what’s going on with that as a group. And then all of a sudden, we did a one-eighty, and now it’s kind of like Willy Wonka’s chocolate factory all of a sudden.”

What do “Willy Wonka And The Chocolate Factory” have to do with “The Exorcist”? Well, according to Norman Reedus, season 11 of The Walking Dead can be compared to both films!

“We’re all doing The Exorcist right now, all of our heads are spinning in a circle. Yeah, we’re all Linda Blair right now,” declared Reedus.

Now that fans of The Walking Dead know to expect a cross between the technicolor magic of “Willy Wonka And The Chocolate Factory” and the head-spinning power of “The Exorcist,” it’s time to mark the premiere date on your calendar!

Slated for 24 episodes, season 11 of The Walking Dead premieres with “Acheron: Part I” August 22 on AMC.

Look for Reedus’ character of Daryl Dixon to reunite with Maggie Rhee (Lauren Cohan). Can they successfully battle the Reapers?

Be sure to check back on our site for all your updates and news about The Walking Dead Universe!