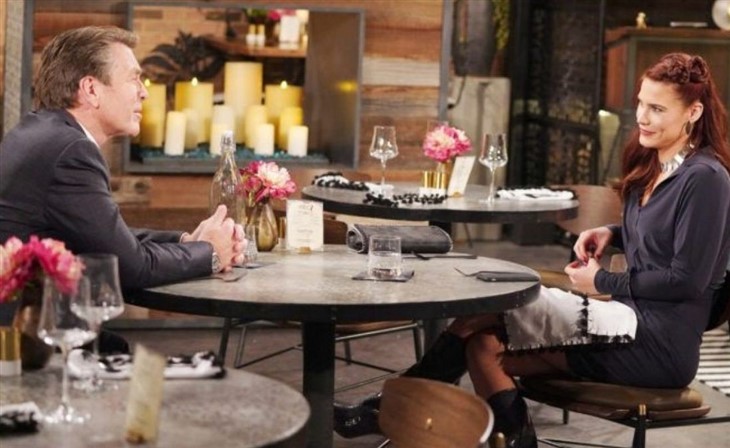 The Young and the Restless spoilers document that Sally Spectra (Courtney Hope) knows that she needs a good man like Jack Abbott (Peter Bergman). Her past fail with another good guy, Wyatt Spencer (Darin Brooks), allowed Sally to know that she needed to change her approach to life.

As Y&R fans know, Sally hasn’t been able to adjust her demeanor. As a result she’s in trouble again and appears to have lost her second chance with Jack.

But might Bergman’s character decide that the feelings he has and Sally’s potential will enable him to offer exceptional consideration in this specific instance?

The Young And The Restless Spoilers – The Case Against Sally Spectra

Anyone can make the case that Sally doesn’t deserve further consideration. Jack’s past experiences with romance have taught him to be cautious.

Why risk his heart or put his loved ones to be part of collateral, emotional damage by choosing to remain involved with someone who has repeatedly been dishonest with him? Sally isn’t unstable, she’s just lacking in maturity.

It’s not Jack’s job to help Sally grow up. But that harsh conclusion dismisses redemption.

Sally loves Jack. No one is capable of challenging her statement. That alone is also something that he can’t dismiss.

Evidence doesn’t yet exist about who Sally could become with the consistent influence of Bergman’s character in her life. After a period of time has passed, let’s assume by this time next year, then people could draw an informed conclusion about the Jally effect.

The case for Sally is also about Jack’s will. Is he afraid of commitment and is using warning signs to avoid taking the plunge? Dina Mergeron (Marla Adams) appeared to imply that he should seek love. Well, doing that requires risk and Sally could prove worth it.

The Young And The Restless Spoilers – Time For A Daytime Conclusion

So, the case against Sally involves heavy reliance upon the past and cherry-picking current events to create a desired, negative outcome. The case for Sally is based on a presumptive guess and an optimistic outlook.

Jack’s past romances aren’t exactly comparable to whatever relationship he could develop with Sally. She’s a unique person with self-acknowledged room for growth.

Crossover fans from The Bold and the Beautiful, along with viewers who solely watch Y&R, can’t know what will happen if Sally and Jack become a couple. But if they don’t, then doubt will reign. There’s no drama in that scenario.

So, Sally and hopeful fans will keep hoping that Jack is willing to defy all the logical arguments and pursue the woman who can be his next great love.