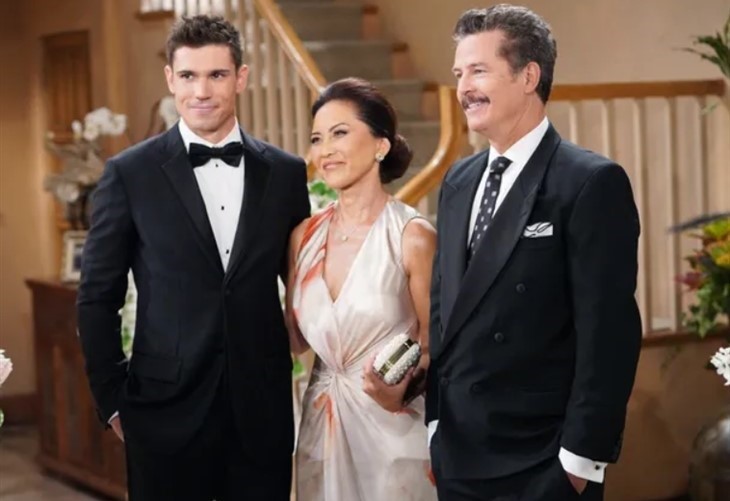 The Bold and the Beautiful spoilers and updates tease that Ted King dropped some hints on what fans could expect in upcoming scenes. The actor, who plays Jack Finnegan, previewed the Finnegan family drama that’s brewing on the soap.

King joined the cast of The Bold and the Beautiful at the perfect time. He was able to start filming his scenes even before health protocols were set in place. He got the chance to establish his alter-ego’s relationship with his on-screen son, Finn John “Finn” Finnegan’s (Tanner Novlan).

When COVID-19 hit, close physical contact was prohibited. It would have been hard to create that connection between the two characters. Because of the protocols, actors had no choice but to shoot scenes from across the room.

B&B Spoilers – Ted King Described His Relationship With His Adopted Son As “Fantastic.”

“I think Jack has a real respect for how much Finn has accomplished in his life and hopefully, that shows on screen. He just truly, truly loves his son. He’s trying to look out for his son on every level,” he said.

Protecting his son may prove to be more difficult once Sheila Carter (Kimberlin Brown), Finn’s birth mother, comes into the picture. In upcoming scenes, the latter will crash into Finn and Steffy’s wedding. King describes the nuptials as “not your everyday wedding ceremony.”

The Bold and the Beautiful fans are familiar with Sheila’s schemes and manipulation but Jack is a newer character and viewers have no idea what to expect. Fortunately, King gave some hints about his alter-ego. The actor described Jack as “pretty unpredictable” and “mysterious.” He’s full of secrets and they’re starting to come out.

The Finnegan family is set to face a lot of drama and Jack and his wife, Li ( ), will stay close to Finn when all Sheila arrives. “They may just need extra hands to help out with the baby. I wish my parents had been around when my kids were born. That would’ve helped a lot!” King said jokingly.

Upon her return, Sheila brings with her some big news. She’ll crash Finn and Steffy’s nuptials and reveal that she’s Finn’s birth mother. The guests will be shocked at the revelation including Ridge Forrester (Thorsten Kaye) and Hope Spencer (Annika Noelle). Brooke Forrester (Katherine Kelly Lang) will be stunned and accidentally drops and shatters the drinking glass she’s holding.

The Forresters hate Sheila but Finn will be drawn to the woman who claims to be her mother, which will cause some tension between him and Steffy.