The Young And The Restless (Y&R) Spoilers: Mariah Learns Tess Only One Who Searched Or Her, Feels Abandoned 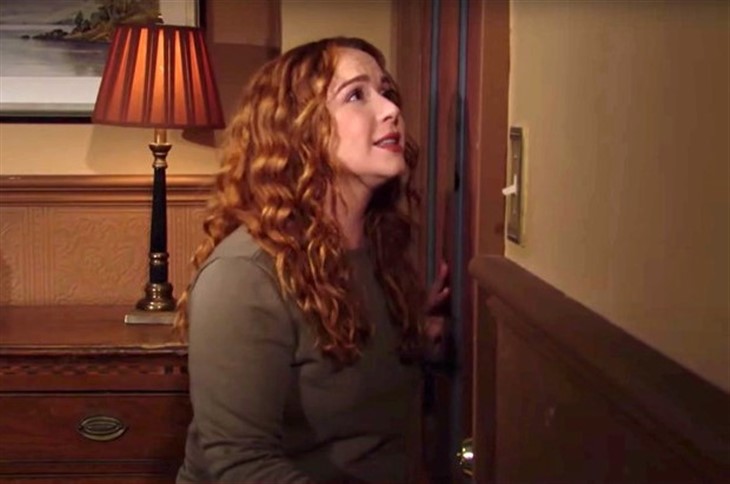 The Young and the Restless (Y&R) spoilers reveal that Mariah Copeland (Camryn Grimes) is being held hostage. Everyone is worried, but it is teased that Tessa Porter (Cait Fairbanks) searches for her partner on her own. When Mariah is rescued, she will learn the details and could get upset. How will this affect her relationships moving forward?

Y&R spoilers reveal that Mariah disappeared one day. At first, nobody was really that concerned. After all, Mariah has always been extremely independent. Eventually, they started to realize that Mariah had vanished into thin air. In reality, Mariah went with someone she trusted and was tricked into captivity. Even though Ben “Stitch” Rayburn (Sean Carrigan) looks guilty and has lied, did he really take Mariah? That remains to be seen but soaps love to use red herrings to keep fans surprised.

The Young And The Restless Spoilers – Concerning Discovery

It is teased that a group text will be sent from Mariah’s phone. While the other texts seemed odd, there was nothing suggesting that someone else sent them. This week, “Mariah” will allegedly send a group text saying she will miss her doctor’s appointment. Then, the message reads that she won’t be coming home for a while and needs to get in the right state of mind.

Tessa immediately notices the odd formality of the message. This is completely out of character for Mariah as she doesn’t communicate with Tessa or anyone that way.

The Young and the Restless spoilers reveal that Tessa will talk to Abby Newman-Abbott-Chancellor (Melissa Ordway) about the group text. Tessa asks if she realizes what the message means. Abby replies that it means Mariah isn’t coming home. Even though that’s what the message says, Tessa will try to explain that something isn’t right and she might not be sending these messages. It seems as if Abby has lost all hope of Mariah ever coming home, which indicates she might not get the baby she so desperately wants.

Next, Tessa will turn to Sharon Rosales (Sharon Case) and share her theory with her. Even though Sharon does get worried about Mariah this week, it is also confirmed that she doesn’t express any concern when Tessa brings up the weird text message. So, at some point, Sharon puts the missing woman out of her mind. Her response will make Tessa wonder how Sharon can “feel” that something is wrong like she can.

The Young And The Restless Spoilers – Feeling Abandoned

When Mariah is rescued, she will be overjoyed as he didn’t know what was going to happen to her. At some point, Tessa will need to explain that she was the only one who knew without a doubt that something was off. That will probably make Mariah feel abandoned and unloved. Fan know that part of the problem was fake texts were being sent from Mariah’s phone, so it was believed that she was just fine and not in any danger.

While Tessa and Maria’s relationship will get stronger, there could be some hard feelings when it comes to the home garden, Plus, if Abby was going to give up on her so quickly, it could compel Summer to reconsider her surrogacy decision. How do you predict the story will end?