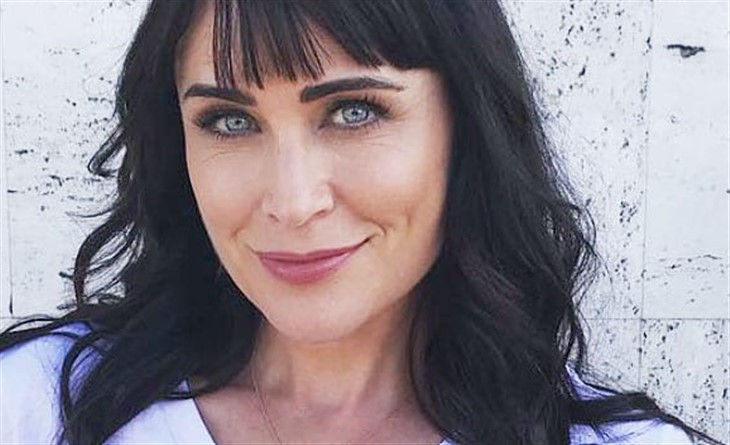 The Bold and the Beautiful spoilers and updates tease that Rena Sofer has something special to say to her daughter, Avalon, as she celebrates a significant milestone.

The actress took to Instagram to greet her daughter with a happy 16th birthday. She also has a special message for her lovely daughter, whose father is director Sanford Bookstaver.

“HAPPY SWEET 16 to my beautiful angel AVALON!!!” she greeted Avalon.

“I am gushing with pride as the Mama of this amazing soul!! The strength of your character is proven in the depth of your friendships and the devotion of your family and friends!” she continued.

The actress described her daughter as kind, inclusive, and generous, that’s why she’s loved by many. Sofer is excited about her daughter’s amazing future and she’s grateful to have the chance to see it as her mother.

“I love you, my sweet sweet angel! I hope you have the best birthday ever!! I LOVE YOU!!! #sweet16 #happybirthday #proudmama @avaloni3,” the actress said.

Fans and friends were quick to send a message of support. One follower noted how beautiful Avalon is just like her mother. Another one from Melbourne chimed in and greeted Avalon the happiest birthday. 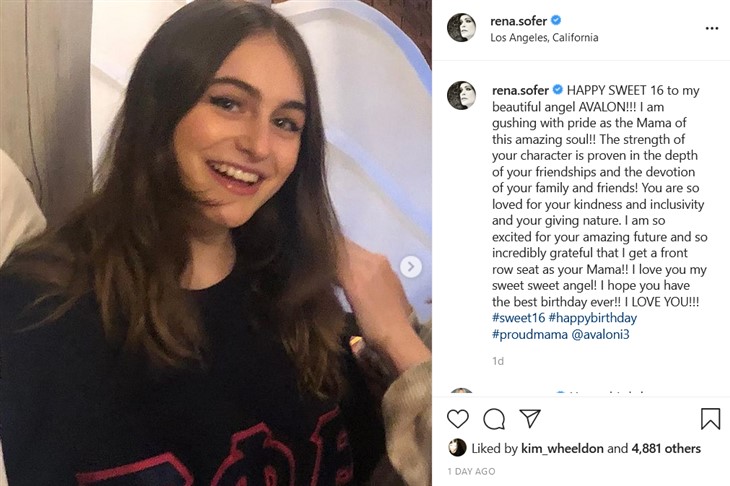 Sofer joined the soap world in 1987 as Joyce Abernathy on Another World. She also appeared on the ABC soap titled Loving as Rocky McKenzie. She won a Daytime Award when she played Lois Cerullo on General Hospital. She left the soap in 1997 and appeared on other shows like Melrose Place, Just Shoot Me, Ed, and NCIS. She returned to daytime and played Quinn Fuller in the Bold and the Beautiful.

Fans know that Quinn’s marriage is over after it was revealed that she had an affair with Carter Walton (Lawrence Saint-Victor).

The Bold And The Beautiful Spoilers: Finn Furious Over Steffy’s Baby Banhttps://t.co/hHNZWUytHr

John “Finn” Finnegan (Tanner Novlan) will learn about a shocking secret that will turn his life upside down. After he ties the knot with Steffy Forrester (Jacqueline MacInnes Wood), their relationship will be tested by his biological mother, Sheila Carter (Kimberlin Brown).

Sheila will crash Finn and Steffy’s wedding reception to declare that she’s Finn’s real mother. After that, the newlyweds will be at odds over whether Sheila should be allowed near their son, Hayes Forrester Finnegan. Steffy knows how much damage Sheila can cause given everything she’s done to her family over the years. She doesn’t trust her but Finn may think differently.