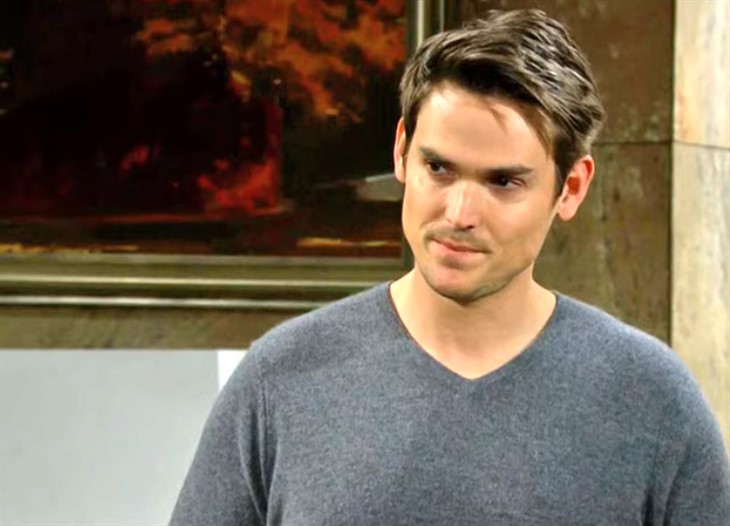 The Young and the Restless (Y&R) spoilers and updates tease Adam Newman (Mark Grossman) is looking for someone to love again. He has been able to put his troubled past in the past. He and his father Victor Newman (Eric Braeden) are running their company Newman Media together. Adam is getting to spend time with his son Connor Newman (Judah Mackey). Now he wants to find someone to be in a relationship again.

Adam and Chelsea Lawson (Melissa Claire Egan) have a complex past. They have been in an on and off again relationship. Chelsea has left Genoa City to get her life back together. Adam and Chelsea share their love for their son Connor. They could find their way back together because of Connor.

Adam and Sharon Rosales (Sharon Case) have been in a relationship before. Sharon has been helping Adam to deal with his past. Adam helped to save Sharon’s daughter Faith Newman (Reylynn Caster). Sharon is married to Rey Rosales (Jordi Vilasuso) but the marriage could end if she decides to be with Adam again.

Adam and Sally Spectra (Courtney Hope) have not been in a relationship. Sally has wanted to be with Jack Abbott (Peter Bergman). She and Jack are having trouble with their relationship because Sally has been conspiring with Tara Locke (Elizabeth Leiner). Sally may not be able to save her relationship with Jack. Sally could turn to Adam when she loses Jack.

Adam and Tara could be kindred spirits. Adam and Tara are outsiders. They have been known to do whatever it takes to get what they want. Tara and Adam both have sons that they love. Tara is trying to find a way to keep her son Harrison Locke (Kellen Enriquez). Adam may be able to help Tara to keep Harrison.

Adam and Chloe Mitchell (Elizabeth Hendrickson) have a bad history. He was responsible for the death of her daughter Delia Abbott (Sophie Pollono). She tried to get revenge on him for Delia’s death. However, Chloe has taken a job with Adam at Newman Media. Adam and Chloe could get close from working together.

The Young and the Restless (Y&R) Spoilers: Summer And Nick Right To Be Worried – Tara Threat Is Realhttps://t.co/3wxvnzsxXR

Would Adam find himself drawn to Sally or Tara? Adam may find a volatile love with Chloe. Could Adam and Chloe find themselves wanting to be in a relationship or is their troubled past too much to overcome? Be sure to catch up on everything happening with Y&R right now. Come back here often for The Young and the Restless spoilers, news, and updates.