Days Of Our Lives (DOOL) Spoilers: EJ Confronts Sami Over Affair With Lucas 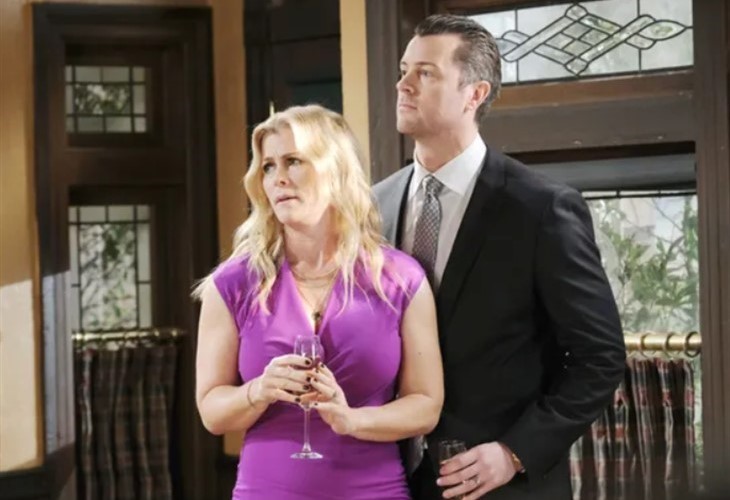 Days of Our Lives spoilers reveal Sami’s life getting infinitely more complicated this week now that DOOL is back from its Olympic break.

Days Of Our Lives – Sami Brady Must Face The Consequences

Sami (Alison Sweeney) thought she was so smart and clever (and vengeful) when she revealed Nicole’s affair with Xander (Paul Telfer) of all people right in the middle of Eric (Greg Vaughan) and Nicole’s (Arianne Zucker) one-year anniversary. She didn’t think about the fact that she’d awaken the sleeping beast in Nicole who can give as good as she gets. Of course, Nicole would expose Sami’s own affair with Lucas (Bryan Dattilo) and ruin her marriage to EJ (Daniel Feuerriegel). How could Sami not think that would happen? Is she insane?

Well, now Sami has to face EJ’s wrath after seeing the letter that Kristen wrote him. This can’t be good. However, it doesn’t start out all that bad. EJ tries to give Sami a chance to come clean on her own but she just lies right to his face when he has the proof that she is lying in the letter and he tells her so. When Sami realizes she just dug her own grave even deeper she goes into complete Sami mode — and digs even deeper because she is Sami and all she knows how to do is cover for herself. It’s her instinct at this point in her life. After all, she started her manipulative and lying ways by kidnapping her own baby sister and selling her during her teen years.

Somehow Nicole manages to penetrate Sami’s stubbornness and gets her to see that she didn’t do anything worse than Sami did at the anniversary party. Never being one to blame herself, Sami then heads off to confront Lucas. He had the letter all this time and made sure EJ would somehow see it, but why?

Days Of Our Lives Spoilers – Lucas Horton Is Thrilled

Lucas just tells Sami they can now be together, but Sami is not into this idea at all because Lucas went behind her back. She chose EJ. She didn’t choose him and what Lucas did was wrong. Then, something happens to Sami that takes Alison Sweeney off the canvas for a while. Uh-oh. Stay tuned to Days of Our Lives weekdays to see how this story plays out.