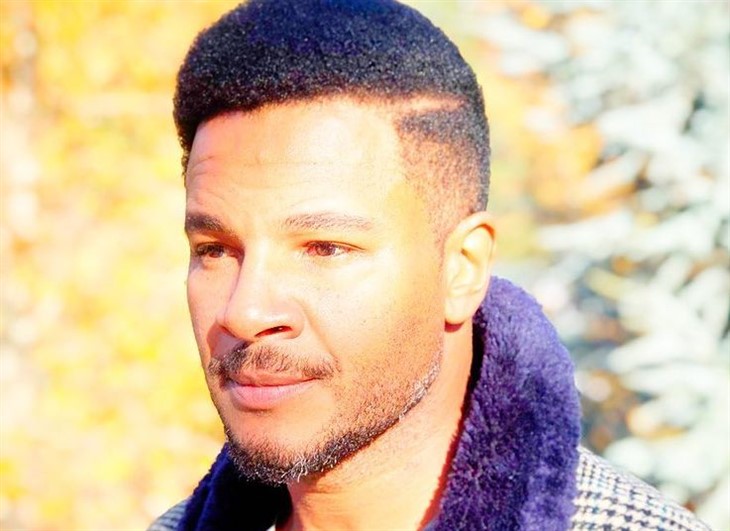 General Hospital spoilers and updates tease that Marc Anthony Samuel is returning to General Hospital as Felix DuBois this month. The actor, who debuted his character in 2012, was last seen on the show back in February. He’s expected to be back on canvas on August 10 and share scenes with Rebecca Herbst who plays Elizabeth Webber and Katelyn MacMullen as Willow Tait.

Aside from Marc Anthony Samuel, fans will also see more of Gigi Bermingham on General Hospital as Naomi Dreyfus, Hayden Barnes’ (Rebecca Budig) mother. She first made her appearance as Naomi, who was formerly portrayed by Robin Riker, on August 6. Fans may recall the actress from Days of Our Lives, where she played the role of Dr. Lois Banks.

General Hospital Spoilers for the Week of August 9 – 13

Nikolas Cassadine (Marcus Coloma) will be shocked when Alexis Davis (Nancy Lee Grahn) tells him that Lorraine Miller, AKA Harmony (Inga Cadranel) has been helping Ryan Chamberlin (Jon Lindstrom) correspond with the outside world. Not only that, Nikolas will learn that one of the people Ryan corresponded to is his son Spencer Cassadine (Nicholas Alexander Chavez). Despite being true, Spencer will deny everything when his father Nikolas confronts him. He’ll even express disappointment that Nikolas would think that he’s in cahoots with a serial killer.

Harrison Chase (Josh Swickard) informs his friend Austin Gatlin-Holt (Roger Howarth) that he’ll leave Willow Tait Chase (Katelyn MacMullen) so she can be with Michael Corinthos (Chad Duell). But Austin has another thing in mind. He tells Chase to stay in the mansion, continue to be Willow’s doting husband and pretend he doesn’t know about her affair with Michael, and help him find proof of his claim to the Quartermaine’s fortune.

Jasper “Jax” Jacks (Ingo Rademacher) will be livid when he finds out that her daughter is being targeted by the mobster Joey Novak (Patrick Zeller). Tensions run high between Carly Corinthos (Laura Wright), her husband-to-be Jason Morgan (Steve Burton), and her former husband, Jax.