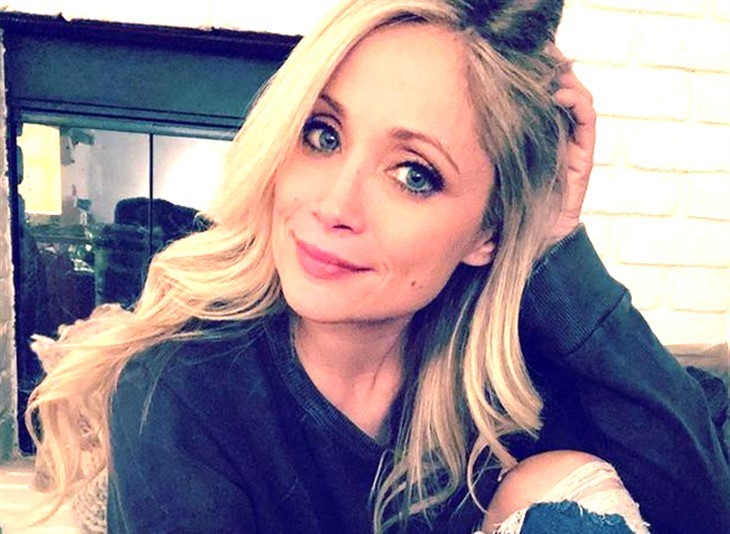 General Hospital (GH) spoilers tease that Lulu Spencer has been referenced lately leading fans to speculate on a return to the show by portrayer Emme Rylan.

What’s the situation? Let’s unpack what we know to date about the character and the lovely and talented actress who portrays her.

Lulu Spencer is in a coma courtesy of her uncle Cyrus Renault (Jeff Kober). He blew up a local joint that many people were in, some faring worse than Lulu. Dev Corbin (Ashton Arbab) died as a result of his injuries incurred in the blast.

Lulu was rushed to the hospital and later fell into a coma. At the moment she is recuperating at a top notch facility away from Port Charles. However she is still in a coma and there is no word that her condition has improved. In soap land, comas are code for a long term absence so don’t hold your breath on the character returning anytime soon. Then again, soaps are synonymous with notorious twists and turns so Lulu could pop up tomorrow, especially since

August is a sweeps month.

In the meantime Lulu’s ex Dante Falconeri (Dominic Zamprogna) is moving on and his former MIL just gave him permission to do so, so there’s that.

Laura Collins (Genie Francis) just told Dante that he will always be family but that he can’t put his life on hold while Lulu is in a coma.

He has been flirting with Sam McCall (Kelly Monaco) and perhaps this tacit seal of approval will spur him to make a move. Think about it, if Dante gets involved with someone it will that much more dramatic if Lulu returns.

Rylan recently told fans not to believe the rumors that she and the show are negotiating an imminent return. In July Rylan shared news on her Instagram that she was in in Nashville and considering moving there.

She later stated that the family is not relocating to Nashville, but they are moving. According to her they plan to relocate to St. Louis, Missouri to be near family and friends. At that time she said she would still audition for roles so it looks like she still has skin in the game. In the meantime fans will never stop wanting the actress to return to her signature role as Lulu Spencer!