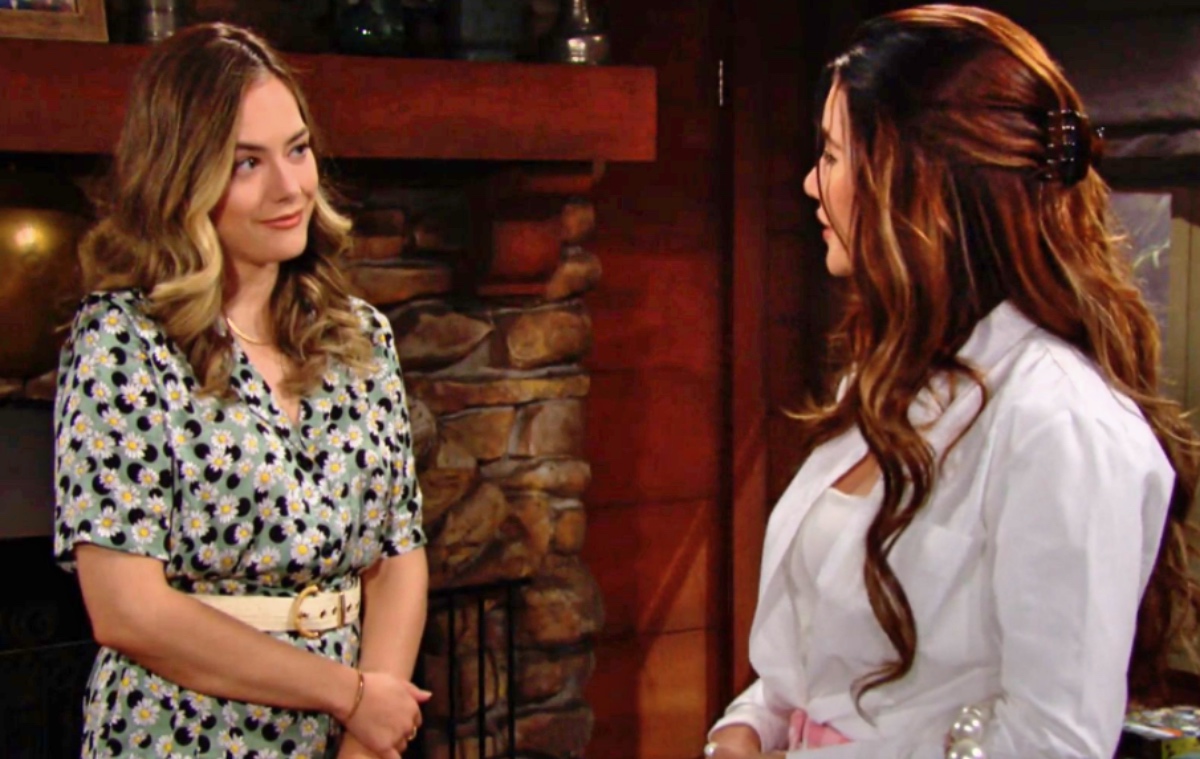 The Bold and the Beautiful (B&B) spoilers and updates tease Dr. John Finnegan (Tanner Novlan) is going to be facing a family crisis. Finn has known that he was adopted. However, his parent Jack Finnegan (Ted King) and Li Finnegan (Naomi Matsuda) did not tell Finn the identity of his real parents.

Finn and his fiancé Steffy Forrester (Jacqueline MacInnes Wood) have just gotten married. Finn has found out that his mother is Sheila Carter (Kimberlin Brown). Steffy will be stunned to find out that Sheila is Finn’s mother. Finn and Steffy will need to get help to deal with Sheila. They could turn to Hope Spencer (Annika Noelle) and Liam Spencer (Scott Clifton) for support.

The Bold and the Beautiful Spoilers: Steffy Gets Hope to Help Her

Steffy and Hope have a complex past because they have both wanted to be with Liam at different times. Steffy ended up adopting Hope’s daughter Beth Spencer (River Davison) without knowing it. Steffy made sure that Hope got Beth back when she found out that Beth was Hope’s daughter. Steffy wanted to put their troubled past behind them. She asked Hope to be her maid of honor at her wedding.

Hope will be stunned to find out that Sheila is Finn’s mother. Hope will know that Steffy will need support because Sheila has a troubled past with Steffy and many that she cares about. Hope could help Steffy to take care of her children Kelly Spencer (Collette and Avalon Gray) and Hayes Finnegan (Samantha Worden). Hope and Steffy could start to become friends as Steffy tries to help Finn and deal with Sheila.

The Bold and the Beautiful Spoilers: Finn Goes to Liam for Help

Finn will need to get help to figure out what to do about Sheila. He will want to make sure that Steffy, Hayes, and Kelly are not harmed by Sheila. Liam believes that Finn will be a good step-father to his daughter Kelly. Liam understands how unpredictable life can be. Recently Liam was in trouble with the law over the accidental death of Vincent Walker (Joe LoCicero). Liam could be a good friend to Finn. He could help him to figure out what he wants to do in regards to Sheila.

The Bold and the Beautiful Spoilers: Steffy and Finn get closer to Liam and Hope

Can Liam help Finn to hold on to his family now that Finn knows that Sheila is his mother? Steffy wanted a good future with Finn and their children. Can Hope help Steffy to find a way to keep her new family from falling apart because of Sheila? Be sure to catch up on everything happening with B&B right now. Come back here often for The Bold and the Beautiful spoilers, news, and updates.