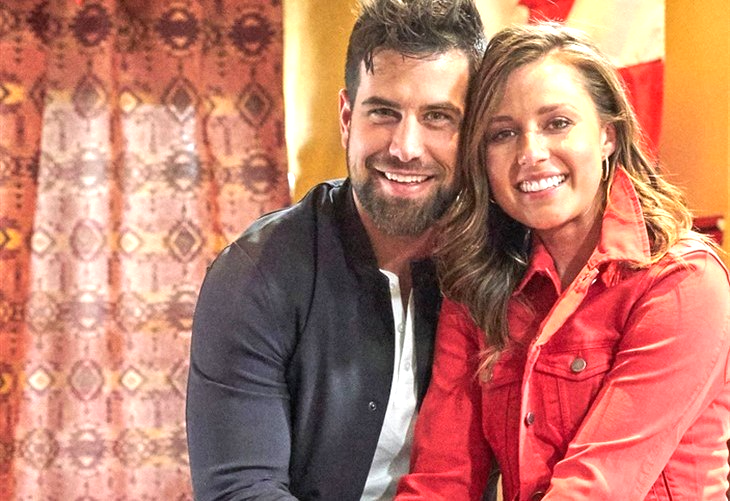 Katie Thurston got engaged to Blake Moynes on Monday’s finale of the Bachelorette and celebrated her 31st birthday the same day.

Blake, a wildlife manager, proposed to Thurston on Monday’s show after she had ended a relationship with Justin Glaze and mourned the explosive breakup with Greg Grippo.

Throughout the show, it was anyone’s guess if they would end up together as Blake was having some difficulty with Katie’s previous relationship issues.

Though they ended up engaged, Katy had some things to say to Gregg, according to E-News and we’re going to go over how that went down.

Katie is indeed engaged to Blake, but what everyone is currently talking about is her heated confrontation with Greg, per E-News, which starts with her saying, “You say you love me but, I don’t think you know what love is. Because that was the time I needed you most – and you ran away.”

After she said that to a seemingly dejected Gregg, he responded saying, “You found what you were looking for… yeah” adding “and I’m so glad for you!”

“And I appreciate that!” she responded, adding, “but that doesn’t take away the anger that I had watching this back and seeing the way you treated me, using me to get the experience, the exposure, dare I say the acting practice, umm, at my expense.”

Before the camera cuts away Greg can be seen chuckling as he repeats the word “acting.”

Bachelorette – F__K I love her!

In the season finale Blake Moynes, the 29-year-old Canadian suitor, can be heard saying, “I said to myself, ‘F__k, I love her.’ It’s scary to say because I promised myself that I wouldn’t say to anybody that I was sure, but I’ve been telling you all along I have been,” adding, “I love you and I’m f__king really excited about life with you.”

Fortunately for them both, they were in agreement.

“It is a big deal. It’s a huge word. As much as I want to be stubborn and just like you it’s scary and it’s but I f__king love you so much and I couldn’t be happier that you’re here,” Katie responded, “I’m so glad.”

Bachelorette – Will You Marry Me?

After telling he she deserves the world and that he was happy to give it to her Blake got down on one knee and said the words she longed to hear, “So that being said, Katie Lane Thurston will you marry me?”

Since the show, the romance is still running hot with Thurston saying, “Every day our love continues to grow stronger and stronger,” adding, “We are not even the same couple you just saw go down on one knee. We are so much more already, and we’re just really excited to start our lives together.”