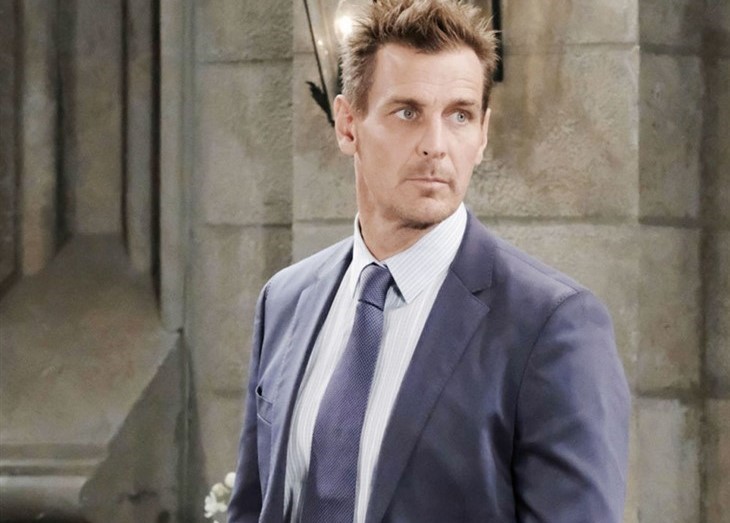 General Hospital viewers will recall that the Corinthos family has been from crisis to crisis as they again are in the midst of a turf war for Sonny Corinthos’ (Maurice Benard) territories and businesses. They started with Cyrus Renault (Jeff Kober) but at least then, Sonny was alive. General Hospital viewers will remember that in actuality he still is alive, but living in Nixon Falls, Pennsylvania under the name “Mike” because of the amnesia he is currently suffering from. But if it hadn’t been for the turf war back then that started with Cyrus he wouldn’t be presumed dead. Now, that Jason and Carly are getting married in order to present a united front to the Novaks, the latest to stake claim to Sonny’s territories and businesses, they are in a turf war again, and Jax doesn’t think Jason can keep Joss safe or her mother.

General Hospital viewers know that Jason is sure he can keep Sonny’s family and territories and businesses safe. However, Jax will strongly “beg to differ” since if Jason was keeping them all that safe, Joey Novak (Patrick Zeller) would have never known so much about Josslyn in the first place, let alone approached her, insinuating that he’d be watching as she went to her volleyball practices and school classes! General Hospital viewers saw that Joss handled herself very well in that situation – she didn’t show fear, and she didn’t lose her cool. She went to her mother immediately to tell her what happened though, because she knew that was a message from the rival mob and a threat. Jax is upset that Josslyn would even know that, and he is upset about the mob lifestyle she has been raised in by Carly and lived in for the past several years since his and Carly’s divorce!

General Hospital viewers know that even though Jax is usually the picture of détente, he can get very angry and very confrontational when the situation calls for it! General Hospital viewers will see Jax confront Jason over Joey Novak’s having had enough access to his daughter to know all about her and to threaten to stalk her, which the Novaks obviously had done for him to know the things that he did!

Jax will lay into Jason about if he was protecting Josslyn and Carly all that well, Novak would never have approached his daughter and never would have had that access. Jason will likely remain calm and stoic although he won’t challenge Jax. Jason knows how the mob business works and he took the actions that he needed to immediately as soon as he found out Novak had approached Josslyn and Cameron Webber (William Lipton). Jason knows that as Josslyn’s father and not being familiar with how mob things work, Jax is understandably upset. He’ll do his best to assure him Josslyn and Carly will be safe whether Jax thinks so or not!