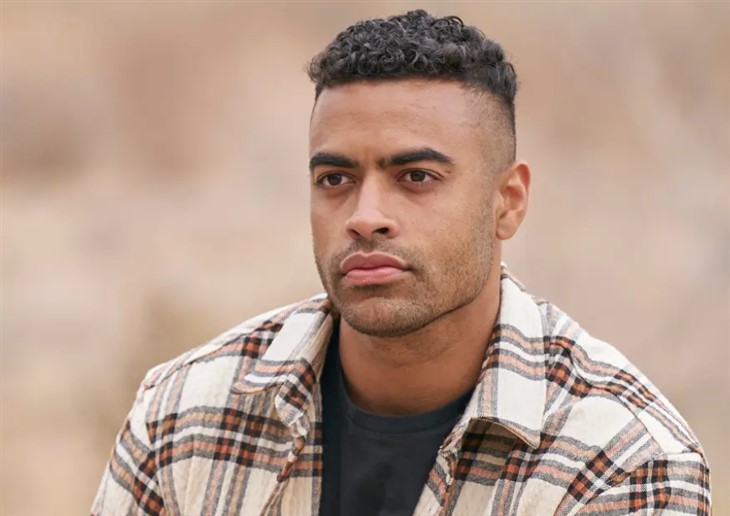 According to E-Online, Justin Glaze, Katie Thurston’s runner-up on the Bachelorette, praised Canadian Blake Moynes’ time on the show but also discussed a certain weirdness about it.

Since his very public pursuit of Katie Thurston, 30, and its saddening end on the season finale of the Bachelorette, Justin Glaze has been anything but silent.

The final episode, which aired on August 9, had Justin, 27, discovering, the hard way, that he would not be going on the show’s fantasy-suite date.

Katie, instead, announced that she had fallen in love with wildlife manager, Blake Moynes.
Justin, though disappointed, we’re sure, has been anything but silent about things.

On the Almost Famous Podcast, Justin opened up to Bachelor Nation favorites Ashley Lanconetti, 33, and Ben Higgins, 32, about his stint on the popular reality show, Bachelorette.

When asked about his thoughts on Blake’s hesitancy to propose, Glaze intimated that Blake has been desirous of Katie Thurston’s love from the very start – even to the possible detriment of his long-time friendship with Brendan Scanzano, 26.

“From the second Blake came in, it did feel like his objective was to make it to the end and propose to Katie,” he said, “He’s very close with Brendan from the house.”

Some of the guys were skeptical [of] Blake coming halfway through, and Brendan was kind of the guy that reassured everyone [that] even back home, he always talked highly of Katie.”

The Bachelorette never made it clear how close Brendan and Blake were as friends and it appeared to be confusing to Ashley to hear about it.

Though Justin intimated that he wasn’t aware if Brendan helped to get his Blake on the show, he still expressed surprise that Blake would show up late to compete for Katie against his good friend.

He said that it was just weird, adding, “because I think about my friends, and in the real world if one of my friends pulled up on me when I’m trying to date a girl…” as he began laughing.

Bachelorette: Katie Gets Engaged To Blake But Still Has It Out With Greg @SoapOperaSpy https://t.co/YUmjuH8zqt #TheBachelorette #KatieThurston

Justin Glaze Was Ready To Tie the Knot

Towards the end of the Podcast, Blake made it clear that he was ready to propose to Katie at the time but went on to say that it was probably for the best that he didn’t.

When hosts asked if he was ready to take on the role of Bachelor, he indicated that he might entertain the notion, but that he wasn’t going to camp by the phone “waiting for that call.”

Be sure to catch up on everything happening with ABC right now. Come back here often for The Bachelorette spoilers, news, and updates.