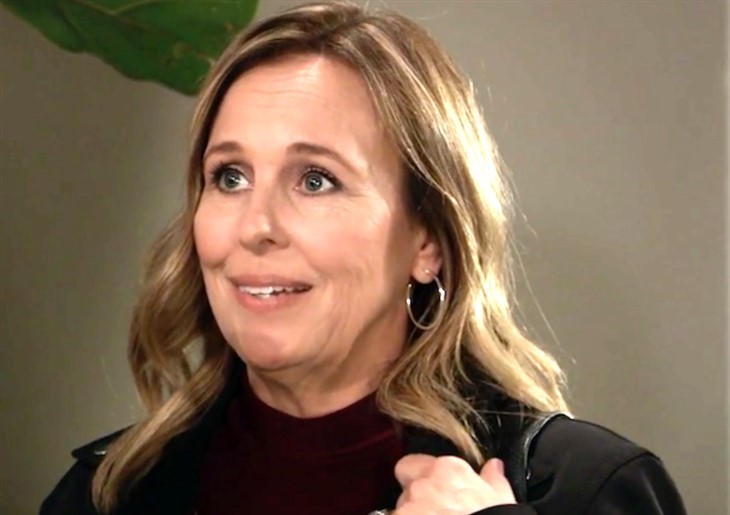 General Hospital Spoilers tease that Mayor Laura Collins (Genie Francis) is happily married to Dr. Kevin Collins (Jon Lindstrom). But if Kevin has been some of the same mistakes that he made in the past, that marriage might quickly become a thing of the past. As viewers know, Kevin found out his twin brother, Ryan Chamberlain (also Jon Lindstrom), a known serial killer, was alive.

Perhaps arrogantly, Kevin believed he could treat his own brother. But Ryan gained the upper hand and switched places with Kevin. Ryan did quite a bit of damage while masquerading as Kevin. People died, and there is blood on Kevin’s hands.

While Ryan was free, he almost killed Lulu Falconeri (Emmy Rylan). He did murder Kiki Jerome (Hayley Erin), and several others. He even framed Franco Baldwin (Roger Howarth) for his crimes, but with Franco’s help, Ryan was eventually caught. But Laura was not as forgiving as some people were. She was furious that Kevin let things get to that point. Laura eventually forgave Kevin, but if Kevin ever did anything like that again, there is almost no chance he would get a second chance. The problem is that Kevin may already have done something that will end his marriage.

Ryan has supposedly been unable to move for quite a long while, after surviving a stabling that occurred in Pentonville. Since he was seemingly helpless, Ryan was transferred to a low security prison, where he is being cared for by Harmony (Inga Cadranel), Willow Tait’s (Katelyn McMullen) mother. If Ryan has indeed begun to recover, he may blame Harmony for giving Nikolas Cassadine (Marcus Coloma) the letter that an attendant helped Ryan write in prison, supposedly. But what if Ryan was recovered enough to write the letter himself? And what if Kevin knows just how much progress Ryan has made. Laura won’t forgive Kevin a second time, especially if someone gets killed and Kevin could have prevented it.

General Hospital (GH) Spoilers Thursday, August 12: What Will Ava Jerome Do With The Truth? https://t.co/uZ4oJiuGZh pic.twitter.com/oNQ46Zt0vI

Is Kevin holding back some important information about Ryan? Is Ryan about to kill again? And will that be the last straw in Laura and Kevin’s marriage? Only time will tell so stay tuned to General Hospital airing weekdays on ABC. And don’t forget to check back right here regularly for all your General Hospital news, information and spoilers!