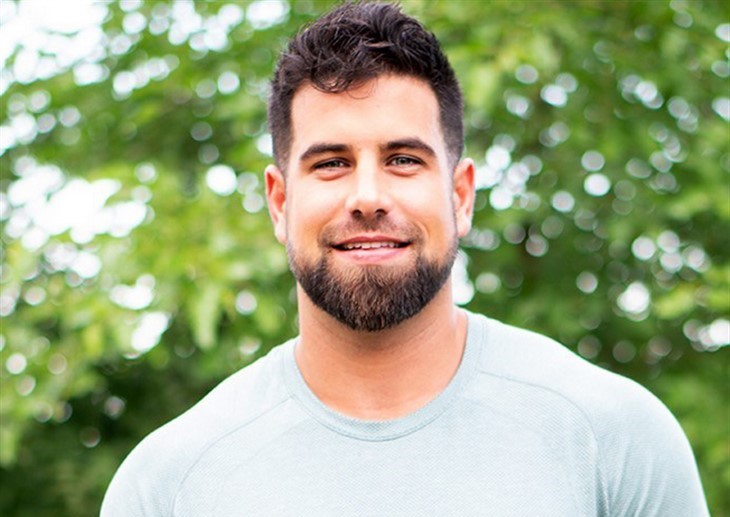 On an episode of E-Online’s Daily Pop, the newly engaged Bachelorette couple, Katie Thurston and Blake Moynes share their take on the moments before the proposal, their plans for the upcoming wedding, and Blake shares his personal take away from Greg and Katie’s fight.

Fans may remember some of the very harsh statements that Katie Thurston, 30, served up to former Bachelorette contestant Greg Grippo, 28.

“You’re a liar! If you think that is love, you don’t know what love is!”

Interviewing the two for the E-Online show, Justin Sylvester starts by telling Katie that he knows her position on the subject because she had already let it all hang out by confronting Greg publicly.

The show then flashes back to another jab by Katie when she says, “You coulda [sic] just been a man and had a normal conversation instead of being so rude and dramatic and leaving without even saying goodbye.”

Sylvester turns to Blake asking him, “Were you seething that whole time, or were you just happy that she got a chance to get it all off her chest?”

“One thing I love about her is she handles her – her – I’m gonna say sh_t – handles her things,” Blake says when both he and Katie bust out in laughter.

He said he knew how she felt “in the moment” and then “watching [the show] back” adding that he was “glad that she got things off of her chest. She spoke her mind and that’s one thing I love about her.”

When asked what the one thing was that he would delete from the entire season of Bachelorette, Blake jokingly responds, “I would say maybe the one line in the proposal was like, ‘I can’t give you what you came here for’ was supposed to come out a lot [garbled].”

Justin exclaimed “Wait!! This is the f_cking twist of all twists!” and goes on to say that he thought, at that moment, that Blake was about to leave Katie at the altar. Katie chimes in that she thought the same thing at that moment.

Bachelorette: Katie Gets Engaged To Blake But Still Has It Out With Greg @SoapOperaSpy https://t.co/YUmjuH8zqt #TheBachelorette #KatieThurston

“Because you deserve a lot more than that.” was the shocker that had gotten both Katie and Sylvester thinking he was breaking it off at the altar.

Katie said, “So I’m like hugging him and trying to be very happy, and then he gets on one knee and I’m like ‘OH! It’s actually happening! Okay!’ So, my reaction was very genuine.”

She goes on to say she was ready to accept “like cool, we’re just boyfriend and girlfriend.”
They end by discussing the fact that they haven’t made plans for the wedding yet but that when they figure some things out then they’ll talk about wedding plans.

Be sure to catch up on everything happening with ABC right now. Come back here often for Bachelorette spoilers, news, and updates.