The Walking Dead: If Rick Grimes Returns He Will Get A Frosty Reception 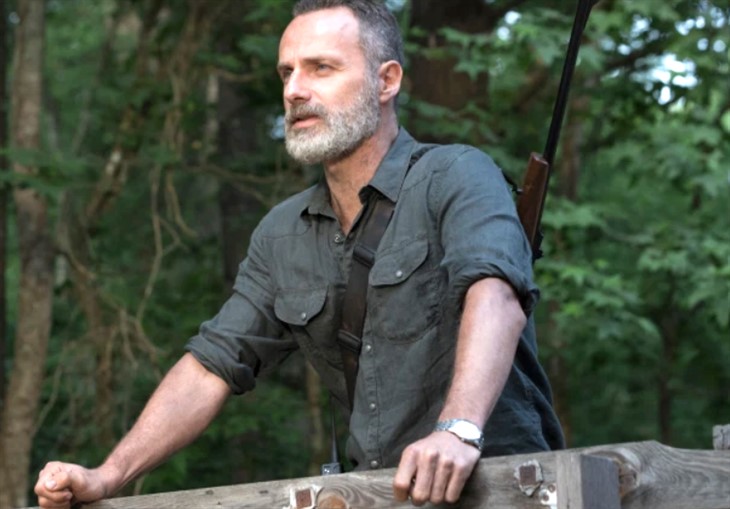 The Walking Dead Season 11 premieres on August 22 for the finale of the long-running show. Fans still feel very hopeful that Rick grimes played by Andrew Lincoln return. However, if that happens, which seems unlikely, he might not get the welcome he expects. After all, it’s been a tough time for those he left behind in Season 9.

Rick Grimes lost his son Carl and then fans saw with some dismay that the show actually lost Rick Grimes. Well, he didn’t die a gruesome death but ended up whisked away in a helicopter. Presumably, he lived happily ever after with the Civic Republic Military. For Daryl Dixon, the disappearance of Rick really hurt him and he scoured endlessly in search of some sign of what happened to his friend.

Does ‘The Walking Dead: World Beyond’ Include Rick Grimes?

The Walking Dead Season 11 initially teased Rick but later an IMDb credit was erased and the production mentioned he won’t be in it. Still, hope looms in the hearts of AMC fans. One brief scene in the trailer showed a split-second shot of someone who might be Rick stabbing a Zombie to death. Fans probably see him again in the trilogy movies, but for now, the focus is on season 11. Actually, it seems that the main focus of the show isn’t on the original hero, but rather touches on the big picture of the entire franchise.

Insider caught up with some of the cast and reported on how they might react if Rick miraculously returns. Well, Carol (Melissa McBride) might seem happy to see him. However, she seems the exception. In fact, she said that her character will probably be “ecstatic.” Actually, she thought everyone would get a huge kick from it. But, it didn’t ring that way for Norman Reedus the toughest TWD character of them all.

Recall, in The Walking Dead seasons, Daryl took care of the lives of Rick’s offspring, R.J. and Judith. Plus he nearly broke his heart at the loss of his friend. So,  he said that if Rick returns in the new season he’d probably give him a solid punch in the face. He also said he’d probably tell Rick “Yeah, You, owe me child support.”

Norman Reedus isn’t alone with some anger about Rick disappearing. Josh McDermitt, who played Eugene, thinks he’d react by saying, “Oh, really? Now you’re back? We were doing fine.” Actually, it seems that he also cans the idea of a return in the finale season. He also said he never really thought about it. In his mind, he expects that his character will probably never meet up with Rick again.

Remember to check back with us often for more news, rumors, spoilers, and updates about The Walking Dead on AMC.