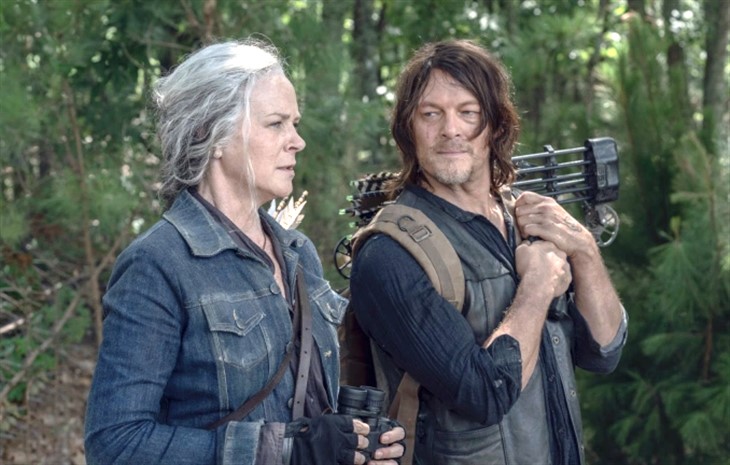 The Walking Dead spoilers and updates tease that fans will have to wait longer to finally watch the Daryl Dixon (Norman Reedus) and Carol Peletier (Melissa McBride) spin-off. Showrunner Angela Kang said that the spin-off is still in development.

In a recent interview, Kang confirmed that the spin-off is currently in the works at AMC. The spin-off has no title yet but she said the creative team has come up with ideas for its potential pilot episode. Kang and former TWD showrunner Scott Gimple are spearheading its development.

“We’ve definitely talked about how we think we land them and where they kind of tip-off to. We have pitched out what we think is the pilot, and it’s all in development, which is on its own schedule,” Kang said.

“Things are still in the process of being broken by beats and written and all of that, but we at least have a plan which hopefully will work out,” she continued.

The spin-off, which focuses on Daryl and Carol, was first announced almost one year ago. Gimple and Kang revealed that the spin-off will be different from the flagship series in terms of its tone. The new series will have a lighter tone and would be a roadshow since both characters will be on the move.

Carol and Daryl have been part of the flagship series, The Walking Dead since season 1. The original series premiered in 2010 and will soon be on its last stretch once its final season airs on August 22. But in the comics, Daryl wasn’t part of the story and Carol’s role was brief. In the TV show, both characters evolved significantly and became fan-favorites.

The Walking Dead – A Lighter Tone And More Flexibility

Other details are being kept tightly under wraps. But the spin-off is expected to air sometime in 2023. Until then, fans will continue to wonder what adventures await Daryl and Carol. If the show follows a lighter tone, the writers may have more flexibility when creating storylines.

Not only that, the writers and showrunners won’t be tied and expected to follow the comic material. Of course, it’ll still have the zombie apocalypse setting so Carol and Daryl’s journey will be far from easy.