The Young And The Restless (Y&R) Spoilers: Is Chelsea Crazy Or Is She Sincere? 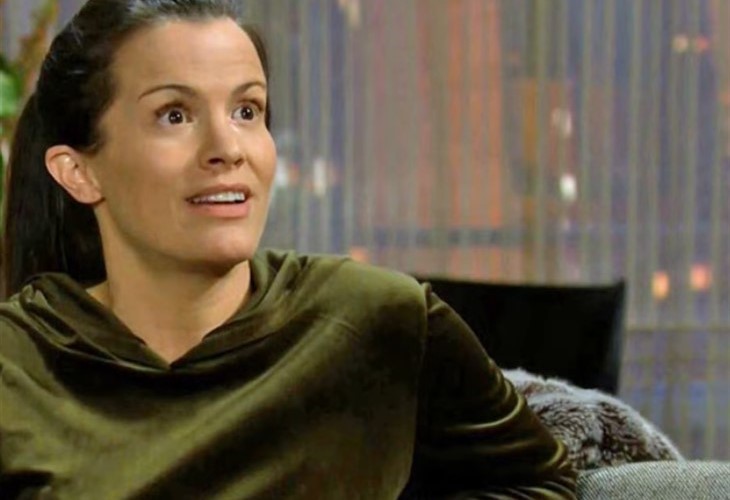 The Young and the Restless (Y&R) spoilers reveal that Melissa Claire Egan is on maternity leave from the CBS sudser and her character Chelsea Lawson. She recently talked to Soap Opera Digest about her character and what fans can expect when the vixen returns to Genoa City, Wisconsin in autumn.

Right now Chelsea is away taking care of her mom out of town, which is how the show wrote around her maternity leave. Prior to this she had been a very bad girl, trying to get revenge on Adam Newman (Mark Grossman) who was not exactly faithful to her. She previews that Chelsea tells Adam they should attend one of their son’s soccer games together and when he says yes her mind starts to do somersaults.

Chelsea appears enthused, and as if she wants second chance with Adam. But after being hoodwinked by her, Adam is not so sure he ever wants an intimate relationship with her again.

“She’s wanting them to look like a family again, whatever that may be, but she gets a little carried away,” says Egan of her alter ego. In turn, Adam puts the brakes on her exuberance and lets her know he is not ready to go there yet.

In fact, it’s clear he has not forgotten about the object of his desire, Sharon Newman (Sharon Case). Chelsea was so jealous of Sharon that she arranged to have Sharon’s husband Rey Rosales (Jordi Vilasuso) poisoned and make it look like Adam did it. It worked for a while but Chelsea was supposedly rehabilitated and is now being escorted on her mission of mercy by none other than Rey.

The Young and the Restless Spoilers – What Happens Next In Genoa City, Wisconsin?

Egan teases, “Has she worked on herself and become a better person – or is she crazy?” She added that she is excited to return to filming in the fall, to continue this curious storyline arc that the character is on. “There’s always a question when it comes to her, so it’s easy to wonder, what’s she really up to?”

That is the million dollar question and some fans are predicting that Rey and Chelsea could even have a fling of their own while they are away from Genoa City. What do you think, Y&R fans?