The Young And The Restless (Y&R) Spoilers: Ashland Has Unfinished Business To Settle With Kyle 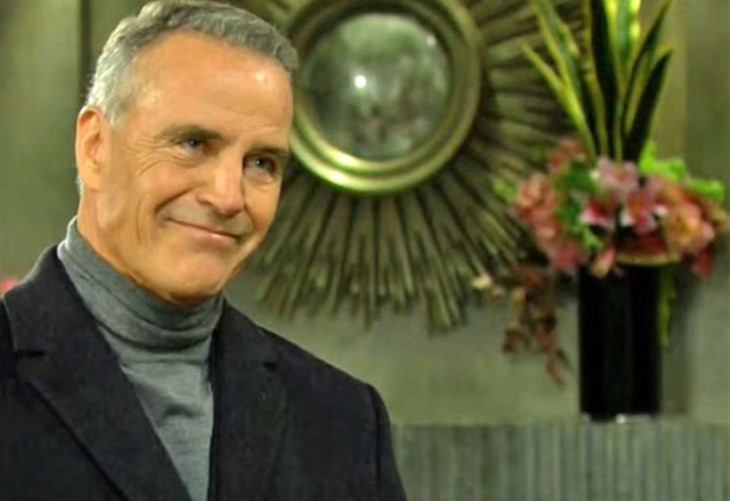 Viewers of The Young and The Restless will recall that Kyle moved to Milan, Italy to reconcile with Summer Newman (Hunter King) without settling Harrison Locke’s (Kellen Enriquez) custody arrangements. After Tara Locke’s (Elizabeth Leiner) schemes were exposed and she was taken away by the authorities and arrested for fraud, Kyle immediately left for Milan, Italy to work things out with Summer.

Even though he told her he was there to take her home, and then recounted what had happened with Tara, he decided to stay there with her instead of bringing her back to Genoa City. But he hadn’t settled Harrison’s custody arrangements, and left him with his father, Jack Abbott (Peter Bergman) as viewers of The Young and The Restless will recall.

Y&R Spoilers – Ashland Locke Shows Up At The Abbott Mansion

He will do his best to cover up how he feels physically when he has his meeting with Jack. In the meantime, Jack had been able to connect with Kyle through a video call while Ashland is there at the Abbott home. Ashland tells Kyle and Jack that if his treatment fails, he would certainly want to spend more time with Harrison before he succumbs to the cancer he is suffering from. Ashland makes it very clear that he has the little guy’s best interests at heart, even though both Jack and Kyle view Ashland as unpredictable; and his decision on whether Harrison should stay in Genoa City or move to Milan may be just as unpredictable.

The Young And The Restless Spoilers – Ashland Locke Makes A Decision

Viewers of The Young and The Restless know that it would be difficult for a little boy like Harrison to deal with losing both his mother, who is in jail, and the father he had grown up with, Ashland, at close to the same time even though he has bonded to his new daddy and grandfather. Ashland arrives again at Jack’s, and tells him he has made a decision about Harrison.

He wants him to video call Kyle so he can tell him what his thoughts about Harrison’s living arrangements and custody are. Jack gives Kyle a heads-up via a text. Ashland becomes very upset as he talks about how his son’s wellbeing in the future is at stake. Kyle calls, and Ashland gets snippy. He admits to Kyle he was furious with him and Tara for the affair, but he does admit it proved to him what kind of woman he’d married, as viewers of The Young and The Restless will recall.

Ashland tells Kyle he’s started chemo, but that doesn’t mean it will work, as viewers of The Young and The Restless know. He cannot stand the thought of Harrison watching him go through the effects of chemo, let alone the alternative. Jack offered to continue keeping the tot so Ashland could visit but Ashland declines. He’s decided that the best thing for Harrison is to live with Kyle and Summer, and if he survives, once he’s strong enough he will come for visits.

Kyle is happy and agrees it’s an excellent plan, and they talk about how to break the truth about Tara and arrange visits with her. Viewers of The Young and The Restless know that’s a hard thing for a little boy to understand, but they’ll figure it out – maybe tell him mama’s in time out for doing something bad.