Days Of Our Lives Comings And Goings: TV Vet Debuts, A Recast Johnny And 2 Characters Exit 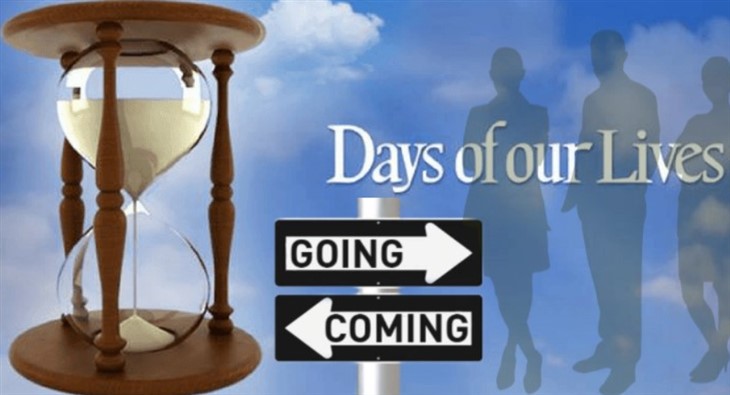 Days of our Lives (DOOL) spoilers tease that there is a lot going down in the sleepy (not!) little town of Salem in the coming days. For starters we know that Alison Sweeney (Sami Brady) has departed.

We last saw the lovely heroine Sami gagged and kidnapped after telling her loving husband EJ DiMera (Dan Feuerriegel) that she had been unfaithful. The actress confirmed that she will be gone on a break but will return to Salem in due time.

Melissa Reeves will be back as Jennifer Horton Deveraux in time for Christmas. When filming began after the extended covid induced hiatus, Reeves stayed home in Tennessee and Cady McClain took over the role temporarily.

Days Of Our Lives spoilers: The week Of August 16, 2021 Brings News Of Exits

Marla Gibbs debuts as Olivia Price. She is feisty Paulina Price’s (Jackée Harry) mother. Expect to see her on Monday, August 16. Paulina was shocked to see a surprise someone at her door on a Cliffhanger Friday and it was no doubt Olivia. There are just about as many Price’s in Salem now as there are Horton’s.

Gibbs’ credits include The Jeffersons and 227. Word is that she comes with baggage in the form of a scandalous secret.

Days Of Our Lives spoilers – The week of August 16, 2021 Brings News Of A Recast

The role of Johnny DiMera has been recast with Carson Boatman. Look for the newbie to appear as adult Johnny on Wednesday, August 18. His credits include the films Runt and Bedeviled.

Days of Our Lives Comings and Goings: Isabel Durant and Cameron Johnson OUT As Claire and Theo #DAys #DOOL #DaysOFOurLiveshttps://t.co/L3VvcAPaWN

In the past the role of Johnny was portrayed by Aaron and Griffin Kunitz from 2009 to 2014.

Is it a coincidence that Johnny comes to town just as his mother Sami Brady disappears? Some people don’t believe in coincidences and on soaps this seems to be a good philosophy to hold. We also expect Johnny to shake up the canvas in more ways than one but we’ll have to wait and see what kind of fresh turmoil the SORAS’d character brings with him.